Pulse of the Future 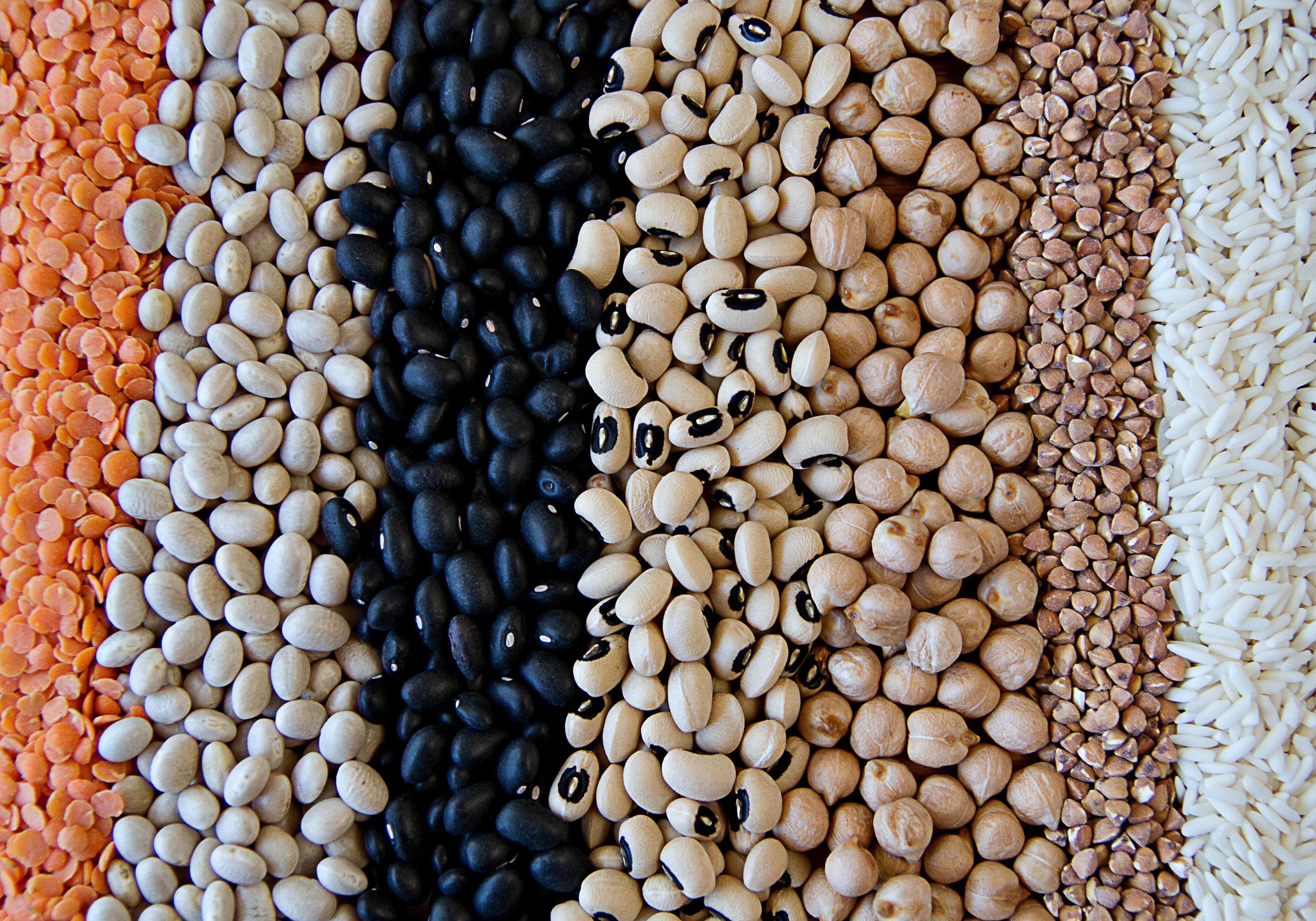 Sagadevan Mundree is a professor at the Queensland University of Technology—Saga to his friends. He came to Australia from South Africa but his family is of Indian origin. And he’s leading a revolution.

A revolution in agriculture. And it could transform the tropics—and don’t forget that 38 per cent of Australia is tropical. In the process he’s promising that huge increases in exports to hungry countries are likely of food you’d not easily predict.

‘Without a doubt over the coming decades, droughts and other detrimental effects of climate change are predicted to occur more frequently globally, and I believe that there is an urgent need to develop technologies to be able to produce a generation of crops that have got just enhanced resilience as well as nutritional value, because I am of the belief that the consumer going forward is going to be much more selective and to ensure that it meets not just the nutritional needs but also environmental needs, which is that they are grown quite sustainably.

We know that malnourishment is quite rife in the developing world, but it’s also becoming increasingly an issue in the developed world, in communities that don’t seem to be in a position to be able to purchase the kind of nutritious foods that they need, hence all these challenges associated with satisfying their nutritional needs.

We know that one of the major limitations that mankind is facing is really around water. In fact the statistics is that it’s only 2.5% of the water that’s available on Earth that’s actually freshwater, and the rest of it is saltwater. And of the 2.5%, 70% of it is locked up in the Antarctic ice caps. So you could imagine with the miniscule amount that’s left available to us, 70% to 80% of it is used by agriculture, leaving us with an even smaller amount to actually help address our personal needs as well as vanity and otherwise.

So I believe that we need to be thinking about putting strategies in crops that allow farmers and agriculture to better utilise water in a more efficient manner.

The other challenge that we really have is around nutrition. I believe that if you look at some of the major challenges that are facing mankind, we have changed our habits in terms of how we undertake our day-to-day activities, but yet we are consuming similar foods that for generations culturally we have been consuming, and here I’m referring to diets that are rich in starch. And because we are not as active as our forefathers were, we are finding that it’s leading to a lot of challenges, particularly cardiovascular diseases, diabetes et cetera. So we need to make some adjustments to our diet and also to our crops, and one of these strategies is really to increase the development of resistant starch which makes the starch that’s available less to satisfy our energy needs.

‘The other challenge is that we don’t eat as diverse foods as we need to, with the result that there is vitamin D deficiencies, there’s iron deficiencies, zinc et cetera. So while people may consume a whole suite of crops where they think and have a perception that they are actually having more vitamins and more iron, a lot of this is not bioavailable, which means that our bodies cannot actually absorbs this. So with the result that you could eat, for example, a few kilograms of chickpea and really not even get your daily supply of iron and zinc. So we are looking at smarter ways in which we can help deal and make crops bio-fortified with more iron, zinc and vitamins so that in one serving you could get your daily nutritional needs.

So where do these ideas come from? I believe that in Australia being in an environment that’s quite extreme, there are a number of gold nuggets that are sitting around that we could learn from and benefit from. Let’s start off with the group of plants that are called resurrection plants or extremophiles. These plants can lose up to 95% of its water and remain biologically active and alive for days, weeks, months and years. I believe that there is some unique strategies that these plants are adopting that we could borrow from and learn from and actually activate these in crop lands, making them more resilient, not resurrection-plant-like, but at least allow them to better utilise the water in the environment. And often you find that these plants may probably have enough water at the time of planting, at the time of growth, but at flowering they might be exposed to a high temperature stress. And because of that, the pollen becomes unviable, you cannot get any cross pollination taking place and no seed production.

I believe that while a lot of these strategies can be identified in these unique systems, we need to take this to the marketplace, and I call this ‘bridging the innovation chasm’ because for too long there is lots of good ideas that emerge but never reach the marketplace itself. And I can tell you with confidence that at QUT we have been working on this, we have been working closely with farmers, identifying these challenges and finding a way in which we could deliver them to the end users who are consuming our products.

Let’s take a look at the demand for plant based proteins as an example. Here in Queensland we are fortunate in that we are the only developed country of the world that has such a vast tropical/subtropical climate. And guess what? The tropical/subtropical pulses that we grow are chickpea and mung bean. Let’s take a look at chickpea as an example. In 2003/2004, it was just a $50 million industry in Australia. In this past season, at farm gate, in Australia it was a $600 million industry, and for Queensland it was a $441 million industry, making such a significant contribution to our economy. And I believe that this is just the tip of the iceberg because it presents us with huge opportunities.

So where do most of our products go to? Naturally the Indian subcontinent where you have a largely vegetarian population. It’s no surprise that 59% of the women in the Indian subcontinent are severely anaemic. So imagine the ability for us to be able to produce a chickpea that is not just drought tolerant, disease resistant, taking on technologies and ideas from these resurrection plants, but also increasing the bioavailability of iron. This is almost a ready market.

In 2014, QUT hosted Prime Minister Narendra Modi, and some of my colleagues and I had the opportunity of spending 20 minutes with him talking about these issues. And he could identify and resonate with these challenges because he knows that it’s a pandemic in India, let alone the fact that there is such a great dependency on these plant based proteins and there’s an insatiable appetite for it. I believe here in Australia we are well positioned to help bridge this gap and help satisfy some of these demands that we see as the population is increasing and in such a challenging environment from climate change as well as the inability to get enough water to be able to help support this industry. So with that I hope that I’ve got a strong message that we in Queensland could have a huge impact on global food and nutritional security.”

And where will you get these improved crops from? Will they be genetically modified, or what?

“For starters, yes, they will be genetically modified, but be mindful of the fact that genetic modification as a technology has moved on from what people have known traditionally. You could technically, if you have a good understanding of what the crop plant is doing, bring about a single nucleotide change using a technology called CRISPR where it is literally not introducing any foreign DNA to the plant but changing a single nucleotide which…by the way, it’s done quite routinely and considered non-GM to deliver an outcome which is similar if not identical to what we want to achieve.

I do believe that GM crops have delivered a whole range of benefits and will continue to do that, so I am in no way saying that we should not be consuming GM crops. If anything, these are crops that have been tested quite rigorously and I will consider them to be far safer than many other crops that you find that have come through other routes.

However, I am saying that the technology has actually developed and evolved so much so that we will reach a point where you will literally be bringing about changes within the DNA, which we normally do, through breeding, through mutagenesis, et cetera. And those…it’s up to the regulator…may just determine these crops to actually be so-called non-GM.

Robyn Williams: Of course you mentioned CRISPR, which is a wonderful new technology, and I thought it was going to get the Nobel Prize this time, but there is some dispute about the patent which may have put off Stockholm. However, it’s cheap and it’s powerful and it can do fine work, as you say.

As you’d imagine, plants are quite smart organisms, they have actually been able to sequester the iron which it naturally takes up into protein complexes, which makes it difficult to be released during the digestion process. It’s just a strategy of re-compartmentalising the iron in parts of the cell, like the vacuole, which when the plant cells are consumed they get disrupted and release the iron in a form that can be absorbed by the body. Which means that in one sitting you could basically get your daily supply of iron that your body needs.”

Robyn Williams: “And you mention some pretty fantastic figures, hundreds of millions of dollars’ worth of crops grown in Queensland. Are you suggesting that you could revolutionise how agriculture is done, in Queensland as well as other parts of Australia, so that dependence on, say, sugarcane could wane and you’d go into other different sorts of crops and have no losses but in fact gains?”

“Absolutely. And the other important point really is that these pulses also add a significant amount of value to our soils’ health. They fix nitrogen and thereby reduce our dependency on fertilisers but increase the amount of nitrogen that’s available in a fixed form for other crops. So you could technically intercrop it or you could grow it alongside other crops. And I think the farmer would have to make the smart decision as to which way he or she goes based on the income that is being generated from the crop that they are growing.”

Robyn Williams: “And what’s your role in this revolution?”

“My role in this revolution is to help address food and nutritional security, not just in Australia but globally.

We currently have chickpea plants that are not just resistant to drought but also resistant to high temperature stress, as high as 50 degrees Celsius, as well as salt tolerant, disease resistant, particularly to one of the most potent pathogens that is affecting the chickpea in Queensland, it’s called the grey mould, or Botrytis cinera. And based on our early work, we now have chickpea plants that have threefold more higher bioavailable iron. So I’m optimistic that in the next seven to 10 years we will have a product ready for the consumer.”

Professor Saga Mundree is Director of the Centre for Tropical Crops and Biocommodities at the Queensland University of Technology in Brisbane.

This talk was delivered on Radio National, “Ockham’s Razor” presented by Robyn Williams Sundays at 7.45am.