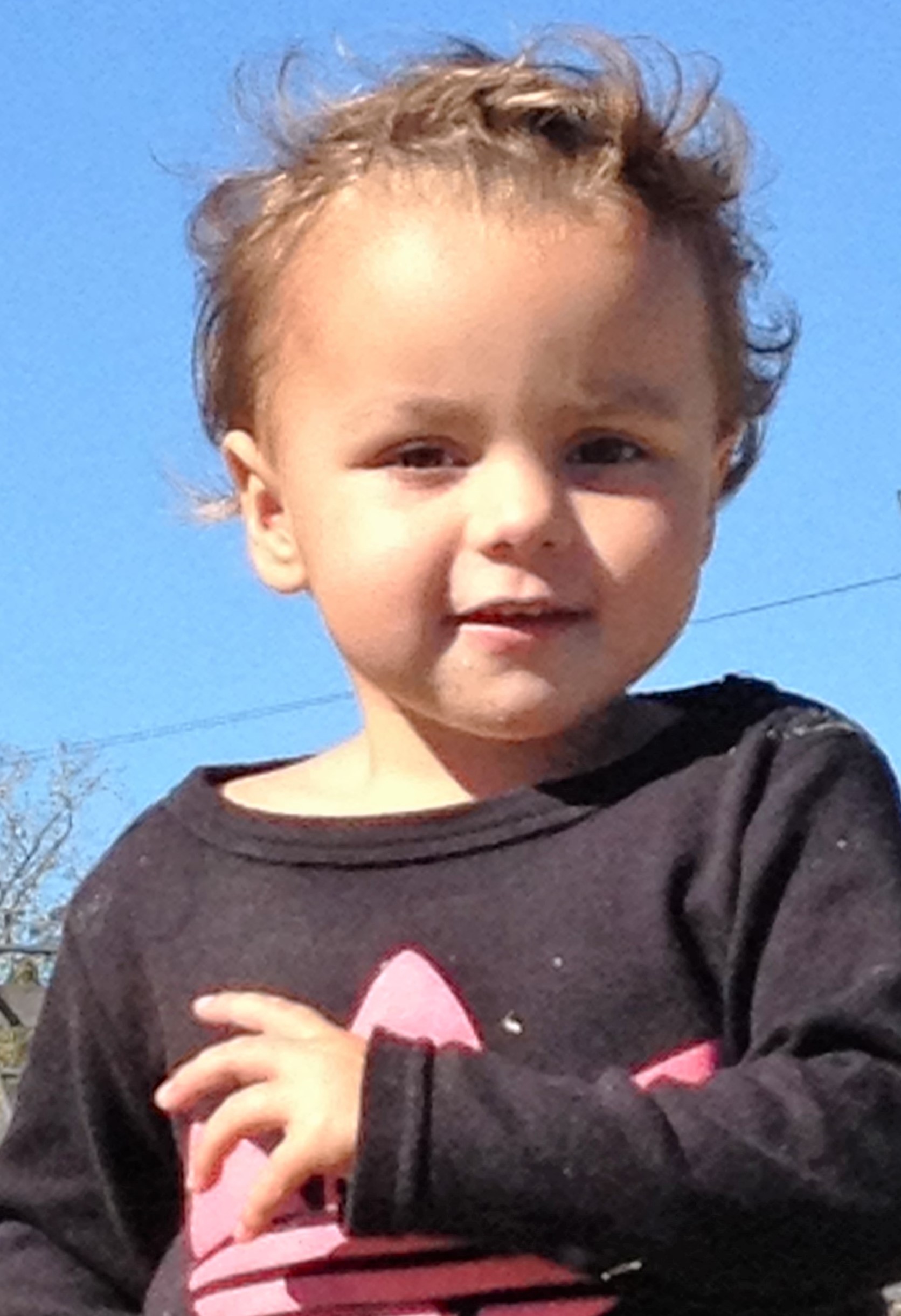 A grandmother’s celebration  of her 50th birthday with family and friends should have been a fun, festive occasion. But, for Shiralee Walker of Mitchells Island, her celebration turned to tragedy, with the accidental death of her three year old granddaughter, Indy.

It hardly bears thinking about. Especially when it was such a random event, it was the last thing anyone could have imagined happening.

As Shiralee’s fiftieth birthday started at Blackhead Bowling Club near Forster/Tuncurry, a sandstone “Lest We Forget” memorial plaque toppled onto Indy as she stood behind it, where several children were playing, crushing her tiny frame.

Within hours, to add to the family’s pain, vicious, accusatory and vile attacks on the family on Facebook and a website, added to their distress and pain.

‘I’m just gobsmacked and so angry. I can’t comprehend people making statements like that when they are totally ignorant of the facts,’ sighed Shiralee as she prepared for her granddaughter’s funeral in Sydney. ‘If they weren’t there, they shouldn’t comment.’

Other friends started a gofundme site to raise money for the family. Indy’s mother, Tamica Harrower, is grateful and overwhelmed by the support countering the nasty comments, but she wants to try to move forward somehow, despite losing her youngest child, whom she adored and thought of as a mini version of herself.

The family were also deeply hurt by a television reporter, who didn’t contact them for any information about what happened, but reported that, “The adults were partying inside and the children were unsupervised,” said Shiralee. ‘Which is totally not the case at all.’

Fortunately, other media reported events more factually. But it is a sad reflection on instant opinions and incorrect news stories flashing round the internet, and how our lives are lived and presented for public consumption by strangers as well as friends.

‘We were harangued by comments like, we should be charged with neglect, convicted of a crime, and how disgusting not to show respect to our Diggers.’

Carefully and slowly Shiralee recounted what had actually occurred.

‘The monument stands by the steps at one side of the entrance to the club. It is in full view of the outdoor entertainment area and bowling green close by. We had invited about 80 guests to celebrate, and my daughter had come up from Sydney with her 11 year old daughter, 10 year old son, and Indy, three years old.’

‘I had gone ahead on the courtesy bus, and was there about 6pm for a 6.30pm start. I stood at the entrance to meet and greet guests. I’d arranged for the adults and children to play barefoot lawn bowls on the green close to where the outdoor entertaining area was for my function. You had to go inside for drinks, but the food was being served outside,  where everyone was to be seated right in front of the bowling green. The children were running around on the concrete outside the barefoot bowls, where half a dozen dads were playing. I’d invited about 25 children but, at this stage, there were only about ten or so kids   from my family and guests, but there were a few other local children there as well’.

‘From the entertaining area, looking over the green to the left, there was the memorial separating the two bowling greens. The kids were running around playing tag and chasings, using the memorial as a sort of base, having a lot of fun. There is no rope, or  fence or garden or sign at the memorial to keep off or away. Indy had only been playing there in that game for about 10 or 15 minutes. As I was meeting guests, facing the opposite direction, I didn’t see the actual event, but Indy was standing behind the monument, when it fell and crushed her.’

‘I heard her sister screaming, and the kids started racing towards everyone and I thought they might have seen a snake, as I’d mentioned that possibility to them. My daughter ran to Indy immediately, and picked her up and was rocking her, smoothing her face and patting her cheeks, crying, “wake up, wake up”. All the dads on the green were just metres from the monument, and raced to help. Indy was placed in my arms and it was evident that she was not breathing. I put her on the ground and commenced CPR. Another man came over saying that he was qualified for CPR, and he went to work on her.’

‘The stone weighed close to 500 kilos, it took four men to lift it off Indy. We could see there were just two very short rods and silicone underneath, holding the stone in place, and this didn’t seem strong enough at all. We were told that, apparently, a little boy was straddling the monument, riding it like a horse, when it fell on Indy standing behind it.’

‘The kids playing on and around it were all little and weighed next to nothing. We had only been to the club once before for lunch, but we were told by locals who go there regularly, that kids all played on and around that monument all the time.’

‘I then had a panic attack and they had to call a second ambulance for me. It took 25 minutes for the ambulances to arrive.’

‘The police came and took statements. Fortunately, most of the kids weren’t right close by when it fell over. We were watching our children, but we had no control over other people’s kids to tell them not to climb. ’

The coroner is preparing a report, which won’t be made public for three to six months, and no one from the Club wishes to comment in the meantime.

However, Shiralee and Tamica are keen to see that other memorials are checked for safety.

‘I believe that the coronor has sent out a notice to that effect,’ said Shiralee. ‘And possibly the Council are doing something. We’ve had no formal contact from anyone at this point. We are so wrapped up in our grief. But we’d hate to see any other family go through this, so we hope the laws are changed. At least we have been told that Indy was probably killed instantly so she didn’t suffer.’

Indy’s mother is also keen to see a program that educates young children about the significance of Anzac Day, and what all the memorial sites mean.

‘The kids learn a bit about Anzac Day and observe the minute’s silence. But, for the young ones, they don’t actually know what these memorials are for and their significance,’ said Shiralee. ‘We feel there should be more emphasis on our Australian culture and heritage taught in school. The kids aren’t aware what the sites actually stand for and why we should respect them. I think if you’d asked most of the kids at the party what the memorial was for, they wouldn’t have known,’ said Shiralee.

In the meantime, a broken hearted family try to comfort each other, talk the other children through remembering Indy and the good times they shared.