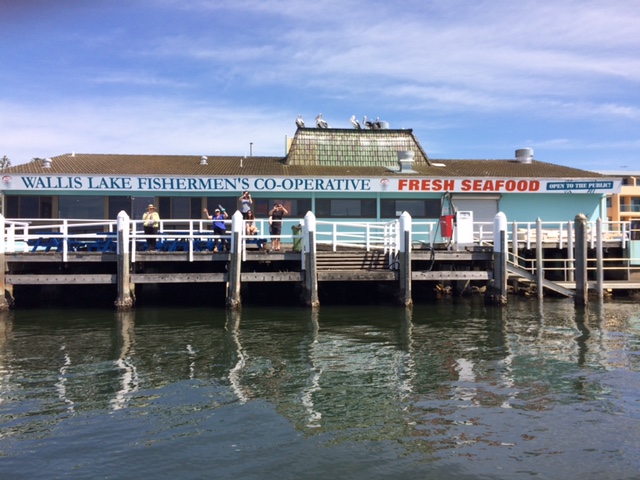 While recreational fishing is one of the top leisure activities in Australia, if we don’t catch our own, buying seafood may soon be a luxury few can afford.

Especially if you live in NSW.  In yet another unfathomable brain snap, the Productivity Commission issued a draft report in August to look at the regulation of Australia’s recreational and commercial fishing sectors.

It’s not good news for the commercial fishermen. And that affects all of us.  A rule of thumb indicates that 20 percent of the recreational fishermen in Australia take 80 percent of the fish. Yet the Productivity Commission decided in August 2016 to bring in reforms to the commercial fishing industry to take effect next July, which, it is predicted by those in the industry, will decimate Australia’s fragile commercial fishing business to such a degree, seafood will double in price and be drastically reduced in availability.

Locally, the fight has been taken up by Suzie McEnallay from Wallis Lake Seafood Co-Op who started a petition which has close to 10,000 signatures from around NSW which she will take to Parliament in early December.

Suzie explains that, “This proposed reform means commercial fishermen will virtually have to re-purchase their jobs. Currently, a fisherman might be able to fish 365 days a year in a certain way, say blue swimmer crabbing, or fish netting, or other fishing, now they will put quotas on that so they can only fish for say, 60 days a year. If they want to fish more than 60 days they have to purchase more share holdings which could be hundreds of thousands of dollars.

‘The whole idea is ridiculous and incomprehensible. They decided to reform the industry so they’re making fishermen buy back the licences the government over issued.

‘They wont be able to fish as much which means there won’t be as much seafood coming in to supply at the co-op and fishermen will be requesting a higher price for their product. But are consumers willing and can they afford the higher costs? A $15 blue swimmer crab could double to $30 so it becomes not an everyday food and it’s being taken off the table of ordinary consumers and there won’t be the quantities of seafood around. We’re not going to know the effect of all this until it comes in and it will take a year or so after that to find out how fishermen have been affected. There are some fishermen who have managed to buy up extra shares already when they heard this might be happening. They’ve gone into debt and taken out loans to buy extra shares or buy out fishermen already.

‘I’m more worried about the fishermen who can’t access a big loan or go into debt. That’s going to be the big problem as they’ve left it too late waiting till the government has told them the deadline to buy but there won’t be any shares to purchase. It’s a catch 22.

‘This whole thing has nothing to do with sustainability, preserving fish stocks or anything like that. If it was there wouldn’t be a fight, as if it was about protecting their resource there wouldn’t be such an issue, fishermen understand that.

‘Back in the 80s there were four thousand commercial fishermen, now there’s about a thousand licenced fishermen in the whole of NSW and they’re still saying that’s too many.

‘I’m from four generations of fishermen, my dad and my brother are both still fishing. I think this will absolutely destroy our area and destroy the whole industry.

‘We don’t want to import seafood into NSW let alone into Australia. As it is we import 85% of seafood into NSW from other states, and 83% of our seafood is imported from overseas into Australia for the supermarkets and seafood outlets, especially basa and ling that’s packaged for convenience. A lot of people who buy that have never walked into a co-op and seen a whole fresh fish!’ 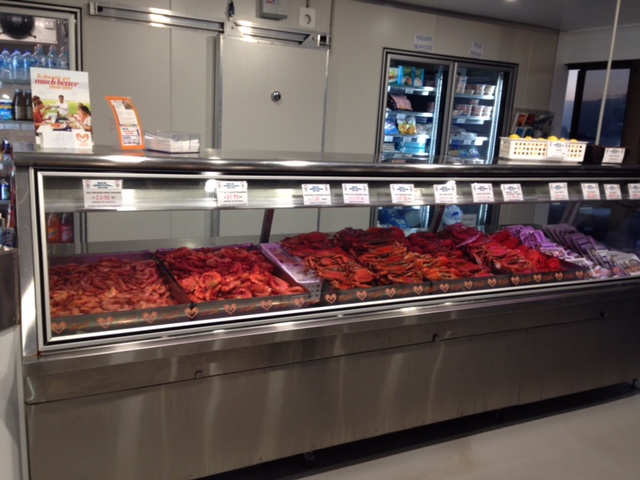 ‘So if we import that much why do we want to cut back what we can catch in NSW? Our fishermen have been fishing for 20 or 30 years and they’re the ones who are going to be left out in the cold because they can’t afford to stay in. Why should they be treated any differently to those guys who can afford the hundreds of thousands of dollars to invest to buy into the industry.

‘Indigenous fishermen are affected exactly the same. Some of our share holders are based at the Manning River and they’ve already lost the Hastings River and two thirds of the Manning when it was closed to commercial fishing which is a huge blow to them when they’ve been fishing the river for generations as their tribal areas were the Hastings and the Manning and now this is making it impossible for them.’

Pastor Russell Saunders of Tinonee, speaks in a gentle tone, but his anger and pain are evident.

‘My family raised ten of us kids by fishing. We survived and it was a man’s proudest moment when he could hand over his fishing business to his son to carry on in the fishing industry. My father was rewarded with a government award as the longest employed Aboriginal in NSW. He got his fishing licence for the Manning River at the age of 14. He fished these waters and knew every creek and everything about this river. But did anyone come and talk to him about what they should do about the fishing? Not one of them. Nearly broke his heart.

The family prawns that are up around the Tinonee area are not fully grown but our fisherman are forced to catch them because we aren’t allowed to fish around Croki and Manning Point for  the adult prawns. We’re like farmers, you wont find a farmer using the same paddock over and over. He’ll rest a paddock and use another one and go somewhere else, but we can’t because they’ve cut all our resting areas out. We can’t afford to buy these new licences. I had to get out but I was lucky as I have another skill, but I feel for my two brothers who are still struggling to stay in the industry ‘cause they love fishing.  I thought the two industries we’d be safe going into were farming and fishing…you’d always get a feed off the land…have a family business. No more.’ 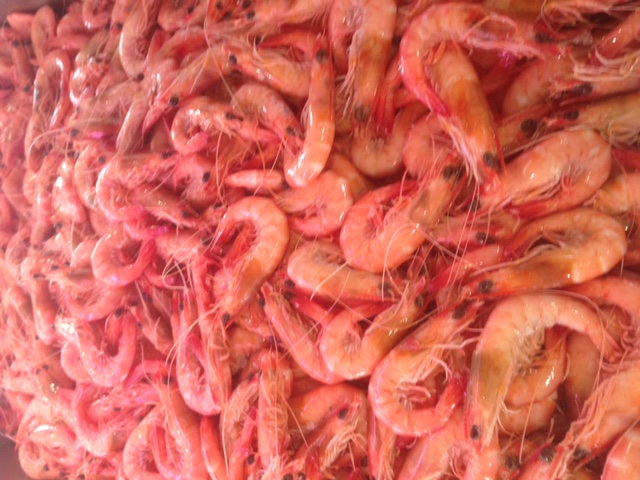 ‘We don’t have any recreational havens and it would be a disaster if we did. Mind you the government make a lot of money out of it. Those who want to stay fishing will have to purchase different licences as each fishing business might have up to eight different entitlements. You might have an entitlement for blue swimmer crabbing, so that might be 50 thousand dollars, or mud crabbing so that’s another 50 thousand, or to catch fish in a net, so that’s another 50 thousand. When you look at the estuary guys who have so many different methods of fishing, they’re be really hit hard. Plus there will be quotas. We’re going to be cut in half completely. They decided to issue a licence to catch blue swimmer crabs to every commercial fisherman in NSW, whether or not they have crabs in their lake, but they have the entitlement so that means they either travel to our lake to fish, which will put pressure on our system, or they’ll sell it to our fishermen which will be another expense for them who’ve put in a lot of hard work over the years  breeding up the crabs and now they have to share it with all the other fishermen from outside our area  which makes no sense.

‘It’s been a long tough slog and we’re still fighting it. The fishermen who’ve spent the money will probably be ok but its the  guys who are going to have to struggle  and get out. That’s product from over a dozen fishermen we’re not going to see on the tables of consumers or in the co-op. And you can’t say other fishermen will go and catch their quota, as they can’t. Just because one fishermen isn’t there doesn’t mean another fishermen can catch their share as there will be limits. At Wallis Lake 85% of blue swimmer crabs caught in NSW comes from our lake. We had a 137 hundred tons come out of our lake  which our fishermen describe as a little farm. They talk about all the little baby crabs coming on and we go through 45 tons of bait a year, we’re breeding them in the lake. 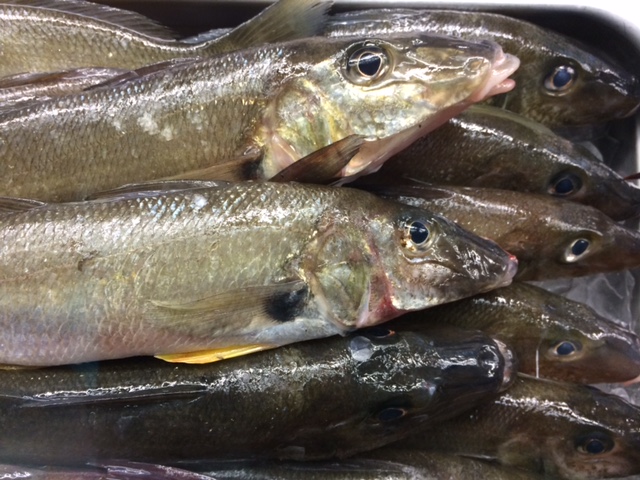 ‘Fishermen can sell their licences at a profit to someone else but then they’re not a fisherman anymore.’

Adds Suzie, ‘Most of our fishermen left school at 14 or 15 to fish and have been fishing for 30 or 40 years and know nothing else. They are offered 10 thousand dollar re-training packages but they don’t want to go and retrain for something else. In our community there are not many jobs so they’d probably have to relocate. It doesn’t make sense. You can’t just retrain a fisherman. The knowledge they have is huge, even just about the weather, the tides the way the fish breed and so on. They’re amazing, they know so much, so to lose all that is going to be the worst part. There won’t be that generational knowledge coming through the ranks. Such a shame. The oldest fisherman working here is 77 and he doesn’t have any plans to retire, he loves his job as does his cousins and family.

‘A recreational fisherman pays $30 a year but the balance of the quotas is all wrong. Our fishermen have been given a catch of 4.5 kilo of blue swimmer crab a day and 1.5kg of mud crabs a day. One mud crab can weigh 1.8 kilos so that means they’re only allowed to catch one a day whereas a recreational fishermen can catch four a day  regardless of their size.  It’s is simply not fair.’

Suzie will go talk to Parliament in early December to talk to representatives and she hopes, Minister Niall Blair.

Says Suzie, ‘It’s disappointing that over the last many years all the different decisions about farming, dairy, the greyhound industry, now fishing, can ruin an industry. I hope we can make them see sense.’ 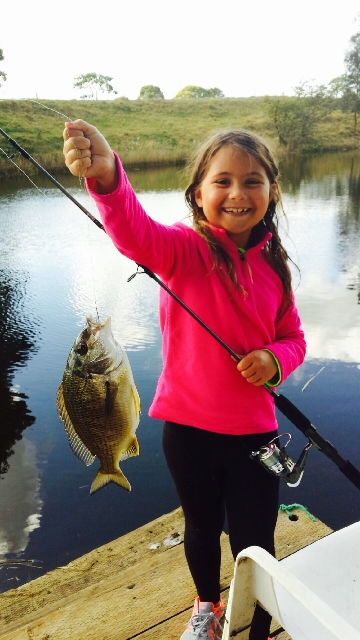