Book Review: The Convict’s Daughter – The scandal that shocked a colony 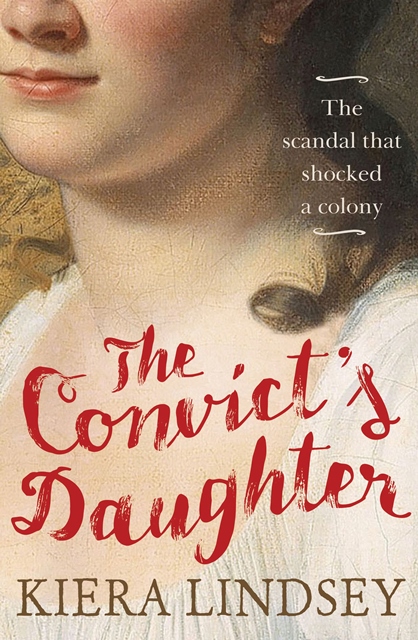 This fast-paced historical biography tells the story of a little-known Australian woman, who eloped with the wayward son of the Attorney-General in Sydney during 1848.

The year 1848 was a culmination of a decade that was called the ‘Age of Revolutions’, as feudal systems crumbled under the pressure of a new and defiant democratic temper. In Sydney, radical colonists used this European unrest to stir up social and political change. After the cessation of transportation to NSW in 1840, many free settlers flocked to the colonies, eager for a better life in a new and free society, better suited to their personal and professional interests.

In the streets of Sydney town could be seen Regency Rakes, military men, settlers doing business in town and ‘flashmen’, native born youth called ‘cabbagers’ because of their shady hats made out of cabbage tree fronds. For the author of this history, the 1840’s was a ‘thrilling threshold period. A time when everything was up for grabs, and anything could, and often did, happen’.

The focus of this historic  novel, is the attempted elopement of the heroine, Mary Ann Gill,  (the great, great, great aunt of the author).  Mary was ‘spun tight within the close domestic cocoon’, and insulated and defined by specific tasks and errands determined by her father, according to her position within the family business. She was educated just enough to be of help to her parents, who wished to be seen as a respectable couple making good, after being emancipated from their past as convicts.

During an afternoon in the last week of summer in 1848, Mary Ann Gill met a gentleman settler named James Butler Kinchela, who had come to stay at her parent’s parents’ prosperous hotel. The meetings between these two protagonists were fleeting but intense. James saw that Mary Ann was an inquisitive young woman. In fact, she seemed to be possessed by curiosity and eager to experience life beyond her constricted existence. Neither of them could give a precise account of  how the elopement was decided upon but, on that evening as Mary Ann climbed down the drainpipe of the hotel to the streets below, with her small bag filled with her belongings and the instructions about how to meet her suitor in Parramatta, she would have had no idea how her actions would reverberate through the settlement of Sydney.

Mary’s story allows us to see the colonial world through the eyes of a young Australian woman. We meet influential people, whose lives intersected with her own and who helped to shape the colony during this period. Her story takes us from transportation to Federation, from the excesses of the Regency era to the high ambitions and petty peccadillos of the Victorian period. It confirms that women’s lives were controlled by constraining ideas and attitudes.

The author found over 40,000 words written in the press about her relative, Mary’s, “Parramatta Romance”, ensuring that her strange and eventful history was widely circulated throughout the Australian Colonies.

Parkes, Wentworth, Lowe, Major Innes, and other political identities are brought into the drama because this all took place in an election year, when many issues were most prominent in the extensive press culture. There were many newspapers actively reporting upon both the domestic drama caused by Mary Ann’s decision, as well as the many conflicts evident in any election cycle.

This book is a real page turner, and is made all the more interesting because of its historical setting and that it’s based upon fact.  Author, Dr Lindsey, teaches Australian history at the University of South Australia, and so the book is meticulously researched, yet reads like an historical romance. The reader becomes immersed in the finely drawn prominent characters of Australia’s early history.

As for what happened to the adventurous, romantic young heroine . . . you’ll have to read for yourself!