A potato half barrel is a really fun and easy way to grow over 50 kg of potatoes on less than 1 m2. It doesn’t have to be in a half wine barrel, any similarly large, structural vessel will do – it’s even better if your vessel has only sides and no floor, so your potatoes can tap into the actual ground. A stack of old tyres is a great alternative as they can be stacked on top of each other throughout the process, allowing for a lot of height in a very small space. The depth of the container is important – if it’s too deep there won’t be enough sunlight for the plants in the initial stages of growth, and if it’s not deep enough there’s really not much point. This process should begin in early to mid-spring after the danger of frost has nearly passed.

POTATO HALF BARRELS
Materials
1 large vessel, ideally with only sides and no floor
0.2 m3 of compost-rich soil
12 potatoes (save your smallest potatoes from the previous season)
1 straw bale (any straw will do) 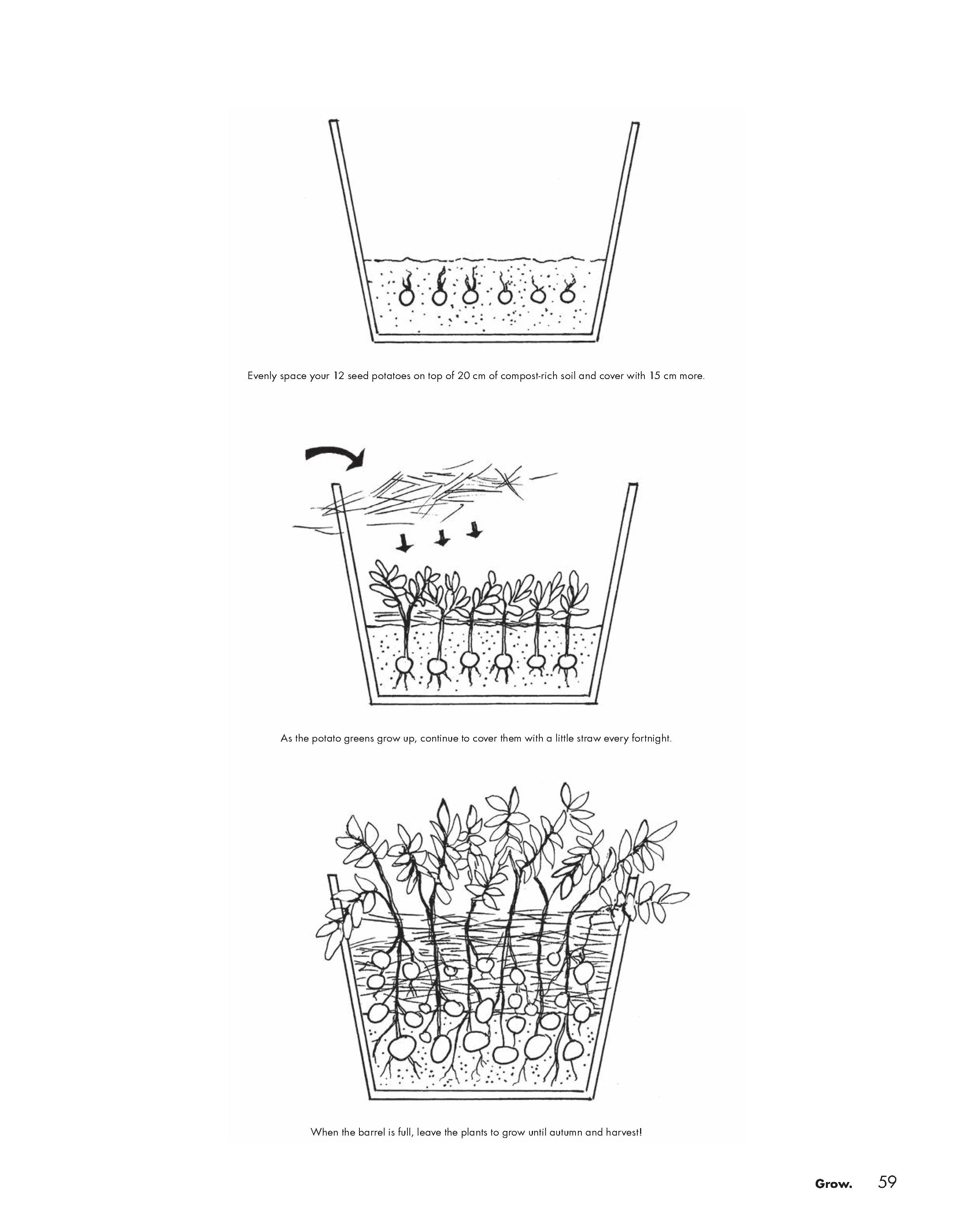