No matter where you stand on detention laws in Australia, put yourself in this young man’s shoes 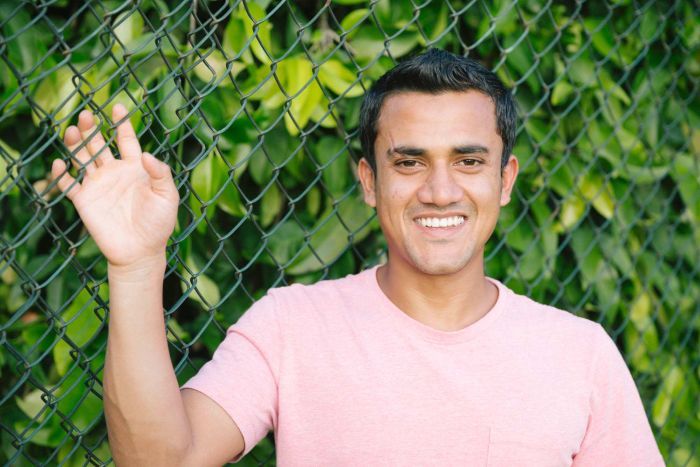 This is a transcript from ABC Radio National’s Law Report.

Here a Burmese refugee, Imram Mohammed speaks articulately, and heart breakingly, about his detention on Manus Island with ABC Radio National Law Report reporter Rachel Carbonell and Daniel Webb from the Human Rights Law Centre which, along with on line advocacy group, GetUp, recently launched the ‘Bring Them Here’ campaign. He says most of the men on the island are genuine refugees.

The Papua New Guinea Supreme Court ruled detention of asylum seekers on Manus Island is illegal, and the centre is set to be closed.

More than 850 refugees and asylum seekers remain in limbo on the remote island.

Two of the men who have been granted refugee status tell the Law Report that since the ruling they are afraid for their safety.

Rachel Carbonell: So in relation to the men on Manus Island that have been determined to be refugees, what is supposed to happen to them now under international law?

Daniel Webb: The two most important obligations to remember, one, we can’t return them to harm, nor can we send them back when we know they’ve genuinely fled danger. The second obligation
is they’ve got to be treated with decency and respect. They are humans, they’ve got a right to humane treatment under international law.

Rachel Carbonell: Daniel Webb from the Human Rights Law Centre. Another of the men he put us in touch with is 22-yearold Rohingyan Imran Mohammed who fled persecution in Myanmar, formerly known as Burma.

Imran Mohammed: This is a camp but this is not a camp, this is a prison that was intentionally made to torture human beings. I always ask them why I’ve been in prison for the last two years. I respect your country, I respect you, but give me…and end it. What’s next? Are you going to end this game? When? That’s what I want to know. Nobody has answered that question.

Rachel Carbonell: How long ago did you gain your refugee status?

Imran Mohammed: Almost one and a half years ago.

Rachel Carbonell: What did you think would happen once you became declared a refugee officially?

Imran Mohammed: They told me I will never go back to Australia, I will never be resettled in Australia. That’s fine. They told me I would be resettled in Papua New Guinea, but there is no law in place. The Supreme Court of Papua New Guinea has ruled that this camp is illegal. What does this mean? I’ve spent the last two years in this environment. I’ve lost everything. For what?

Rachel Carbonell: You say that because you’ve been in detention for three years you’ve lost everything. How has detention caused you to lose everything?

Imran Mohammed: Now I don’t have any hope. I can’t see my future. I know I will never, ever see my parents again. I can’t go backward, I can’t go forward.

Rachel Carbonell: So how have things changed since the centre was opened up after the PNG Supreme Court decision?

Imran Mohammed: Our safety has dropped dramatically. There is no safety anymore. No, I don’t feel safe, even inside the centre, because there are not enough security at the moment.

Rachel Carbonell: So is there less security there now that the centre has been opened?

Rachel Carbonell: It’s not a very clear mobile phone connection. Imran Mohammed goes on to say that since the centre was opened he feels even more concerned about his safety, having been seriously injured in the riots at the detention centre in 2014.

Imran Mohammed: There was a bunch of local people who came to beat us. They beat me with a stick, they had a stick, and I was unconscious.

Rachel Carbonell: You were beaten unconscious?

Rachel Carbonell: What happened after that?

Rachel Carbonell: And what kind of injuries did you have?

Imran Mohammed: They hit me on my back and on my neck. I couldn’t move anything.

Rachel Carbonell: Is this one of the reasons why you feel unsafe in the centre now that the centre is open?

Rachel Carbonell: The Australian government says that refugees like yourself on Manus Island will be resettled in Papua New Guinea. Do you accept that?

Imran Mohammed: No, I don’t accept that because this is not a country where I can feel safe, where I can gain citizenship.

Rachel Carbonell: But at this point, refugees like Imran Mohammed don’t have a choice.

To listen to the full report,go to the ABC Radio National website, The Law Report.