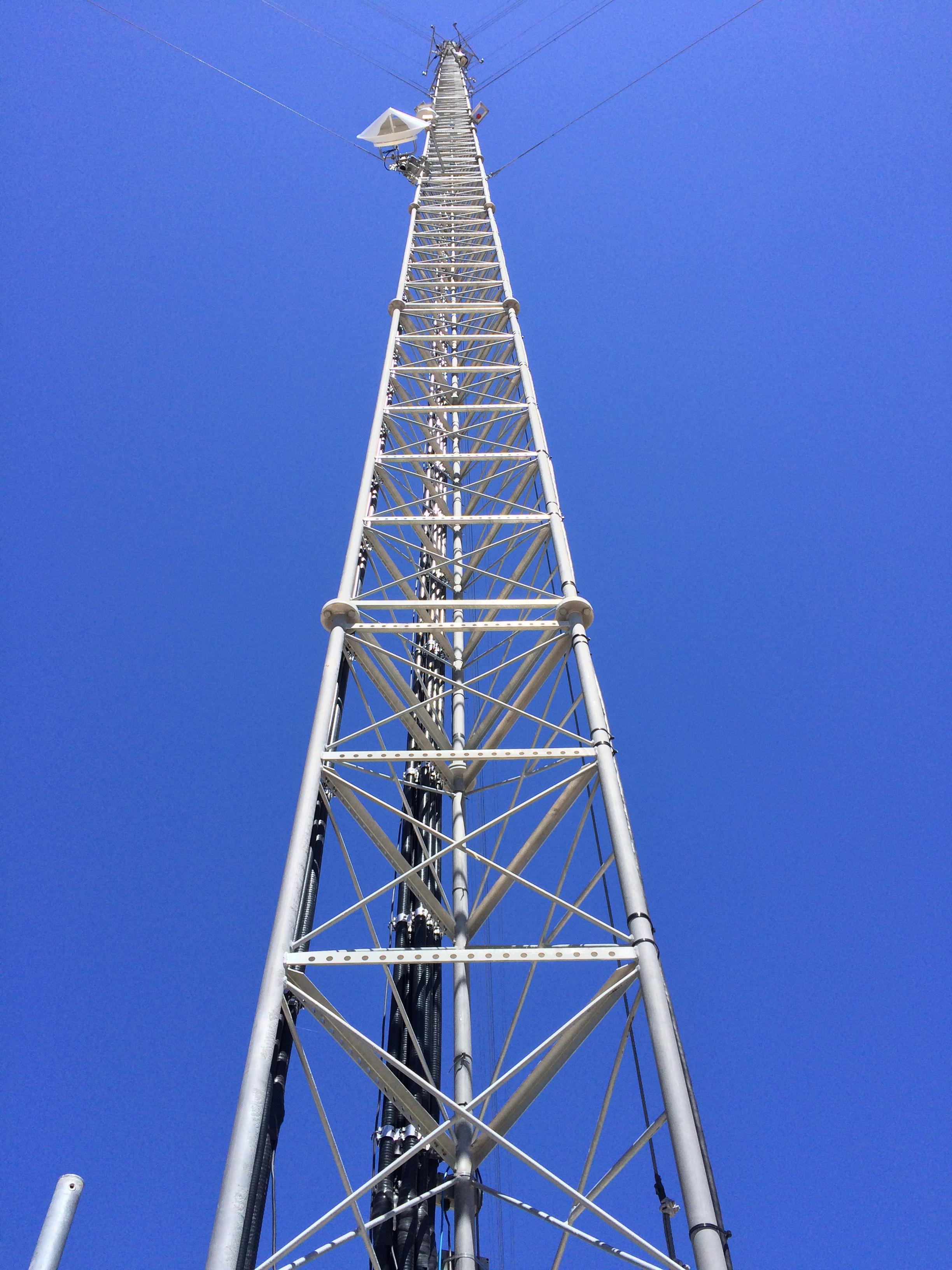 Reader William Forbes has sent this overview of a dangerous black spot where the total absence of a mobile signal is an ongoing danger to residents and tourists.

Just out of Wingham, on the Bulga Road, mobile reception drops out. Apart from one or two fleeting moments, there is nothing all the way through to Elands, nor to the many small side roads in between, such as up the Kippax Valley. The locals are quite used to telling delivery vehicles or visitors to make sure that they can navigate to their destination before entering this notorious black hole.

However, when there’s any kind of emergency, this “inconveniente” becomes a matter for great concern. It is amazing what a hazardous place it can be, not 50km from major centres.

Recently, a 76 year old retiree, living in the Kippax Valley, had an accident with his tractor on a small property. Here is an account of individual events that add up to a very strong message to those
responsible for providing communication coverage.

I can feel the stares from around me. I can hear the voices. “How stupid can you be?” “What an idiot.” Mention tractor accident and the assumption is immediately made: “It must have been his
fault. That could never happen to me.”

My brain needed a fair amount of unscrambling after the accident, and it took me a while to piece together the sequence of events leading to it.

We were to travel overseas in two weeks’ time. Our caravan was in an exposed spot, and I decided to shift it to somewhere more protected and discreet. I then attached it to the towing ball in the
lip of my tractor’s front end loader, and proceeded slowly down the drive towards the house. I got the caravan into a good position, applied the brakes, and chocked all 4 wheels. However, when I wound up the jockey wheel, I found that I could not release the hitch, and assumed that there was some pressure against it one way or another.

As I was standing next to the left rear wheel of the tractor, and leaning across to the bucket-control lever, the caravan spontaneously released and rolled back about half a metre (despite brakes and
chocks). In the meantime, unnoticed by me, the lighting cable from the caravan had wrapped around the towing ball and gave a tug that set the tractor rolling forward. My right leg was touching
the tractor wheel and, before I could do anything about it, the wheel pushed me to the ground onto my left side and rolled onto my right leg, coming to a stop about half-way up the calf.

It hurt. Subsequently, I was frequently asked to estimate pain levels. I have no hesitation in giving this one 9/10, not only because my right lower leg was pinned under the tractor wheel, but because I was pushed into a very awkward and painful position on my left side.

At this point, I managed to retain a clear head. I shouted for help loudly enough to be heard across the valley, and my wife appeared, horrified, of course, at what she saw. She had never been on the tractor. I instructed her to get on, to put her foot on the clutch, to pull back on the lever to her left (I watched the whole time to check she pulled the correct one). “What do I do now?” she asked. “Take your foot off the clutch.” The tractor rolled back off my leg. However, the damage was done, and the pain was still excruciating. My wife got on to 000, and help was on its way.

Like many others before me, I have nothing but praise for the ambulance and helicopter people who came. The ambulances, two of them, arrived from Taree in record time. My recollections of the
exact sequence of events after this point are muddled, but there was an issue of a suitable location at which to transfer me from an ambulance to the helicopter. The site chosen was 17 km away, but it could have been closer, had there not been the famous Marlee/Bobin/Kippaxs/Elands black hole: absolutely no mobile reception. This apparently hampered communications between the
ground crews and the helicopter to an enormous degree.

The damage to me? A fractured femur around a hip replacement that had been done 10 weeks prior, loosening the prosthesis. Luckily, at the John Hunter Hospital in Newcastle, I found a surgeon with the skill-sets and knowledge to repair the problem.

I’ll be making a donation each time I pass the Westpac Rescue Helicopter volunteers in the Wingham Mall!

What wonderful assistance from the Ambulance service. It seemed to be a rapid response to my 000 call; 2 paramedics well trained and reassuring, followed by another ambulance with two
more personnel. Then came the Westpac helicopter which eventually took Bill to John Hunter, after delays in finding a suitable location for his transport by motor vehicle to the helicopter.

Why the delay? No GPS to find a suitable location, and ‘no ground to helicopter’ communication because there was no mobile phone reception. The difficulty was in finding a place that was both suitable for a helicopter landing, and which was accessible by frontwheel- drive ambulances. The only way of communicating was to use the house landline: all messaging had to be done between ground and helicopter by landline to the helicopter base.

I am indignant! Our local MP, Dr Gillespie, at a public meeting before the last election, assured locals that two towers were to be built to eliminate this black hole. We’ve heard no news of a site
being prepared at this point.

A NEIGHBOUR’S POINT OF VIEW
Geoff and Marilyn Spence

On Tuesday 30th August, we unfortunately had yet another accident in the Bobin area along the Kippax / Horan Rd that, due to the lack of communication facilities in the area, could have been fatal. A property owner was pinned under a tractor.

It was necessary for the Westpac Rescue helicopter to be called to the scene of the accident, along with the ground ambulance crew. However, they were hugely frustrated by the lack of ability to communicate. The ground crew members were unable to communicate with the helicopter, except via an in-house landline to the helicopter base, as they did not have ANY mobile contact. The man’s life was at risk throughout this procedure.

The patient was airlifted from the Marlee Hall site, some 17Km away. The only reason for this site being used, despite other, closer areas being available, was because it was known to the attending
crews who had attended a similar accident earlier this year in February. In that case, after 89 days in intensive care, that gentleman lost his life. Had this man been able to use a mobile or some communication device, his life might have been saved. This has been the second death plus numerous accidents resulting from a lack of available communication in the area.

We are the owners of a 200 acre property at the corner of the Bulga and Kippax Roads, Wingham. We would like to invite you and / or a delegation of Federal / Telstra representatives to survey the potential for a mobile repeater tower on this property.

1. Is located at the junction of several valleys, all experiencing communication Black holes. It has clear visual access along the Bulga Rd from Marlee, the Kippax Valley through to Elands and the Comboyne Plateau, including Horans Rd and the Bobin Creek Valley.

2. The Bulga Rd runs through the middle of the property with 100 acres spanning each side of the road.

3. There are several potential sites / hills where a tower could be located.

4. All hills and potential tower sites are all easily accessible by vehicle.

5. Power is accessible to all sites.

6. The Bulga Rd, also known as Tourist Drive 8, is widely advised as a scenic drive to Ellenborough Falls and the Comboyne Plateau. We see a constant stream of tourists pass our front gate, from both overseas and within Australia, many unfamiliar with dirt roads and loose surfaces ……potential accident hazards and NO MOBILE RECEPTION.

7. The Bulga Road has been recently recognised as a ‘Commemorative Road’. thus inviting even more travellers to the area. Please, before another life is lost, allow a delegation to discuss with us the possibilities of this proposal.

We are open to any and all discussions.

PS we are STILL waiting to hear a response from MP Dr David Gillespie and Mr John Hewitt from Telstra after we contacted them.