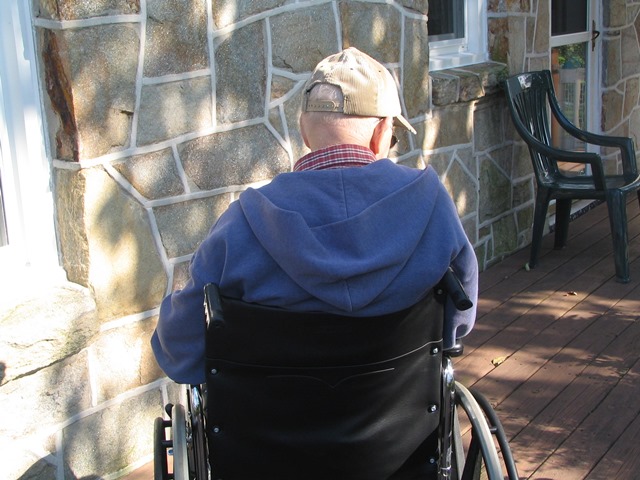 But first a story that triggered our enquiry.

A Sydney couple have a stranger knock on their door and offer them a crazy price for their older home in a desirable part of Sydney. Husband retires and he and his wife look for a nice home far from the madding mob in Sydney.

They buy a large home and land just out of Wingham. Their adult kids think their parents have landed in clover; able to enjoy a lavish home, indulge their hobbies. Husband gets bored after a year and buys a small business. Seven years pass.

Husband gets diabetes and he is not good at following doctor’s orders or taking medication and tells his wife she’s nagging him if she steps in, so she stops. He chooses his own doctor and insists on going alone for checkups.

Over the next two years his health worsens, a son moves up to help run the business. Husband is in and out of hospital. Spends his time on his laptop. When his wife tries to get him out and about and interested in doing something else, the family tell her, “Leave dad alone and let him play games on his laptop.”

Her once placid husband is cranky, and takes an occasional swipe at her. She is shocked as he has never lifted a hand to her or anyone. She puts it down to frustration and his illness.

The diabetes gets out of control and her husband dies. He wasn’t taking medication properly if at all. Refused to eat what he should.

The wife plans to sell the business and the son moves back to Sydney. She will see out her days in their paid for, dream home.

However people come knocking on her door – creditors, accountants, the Sheriff. It seems her husband had let the reins of the company slip, never letting his son take over completely, so no taxes, bills etc were paid, and worse, the “games” he was playing were actually on line gambling. He had racked up close to a million dollars in debt by forging her signature and mortgaging their home. Yes, how did the bank agree to this? But it’s done.

She is shattered as she faces their home and business being foreclosed. She doesn’t reveal the entire horror to her kids who are married and living in Sydney, but tries to struggle on sorting things out. She has nowhere to live so a member of her church group lets her stay in their unfurnished garage, sleeping on a mattress on the floor. She has few belongings and feels she is facing the poorhouse until a local law firm offers to help her at no charge.

It takes nine months (still on the garage floor) until things are sorted and she insists on making payment to the family law firm who helped her, though they made it a token charge she feels. She is grateful.  She can afford to rent a tiny flat and manage on the old age pension.

She is philosophical until she sees her late husband’s doctor  who tells her that her husband was “certifiable the last two years of his life.” The doctor didn’t feel he could break the patient doctor confidentiality and tell her this while he was alive. But had she known, some intervention could have been taken. And she would have learned her husband was already suffering dementia. ‘It never occurred to me he had dementia,’ she admits.

While this issue opens up a different debate about the right to intervene in a patient’s care , it prompted us to look a little further into the issue of dementia.

State MP Stephen Bromhead is leading a steering committee  to make parts of our area Dementia Friendly, starting with Forster-Tuncurry. Myall Lakes has the second highest rate of people living with dementia in NSW due to the number of residents over 65. He explained it was a process of getting businesses, shops, cafes, restaurants to meet particular guidelines to assist and understand customers with dementia. Once that’s up and running he plans to develop similar programs in other areas like Taree and Wingham.

Says Gary Thomas, ‘A dementia friendly community is somewhere where people living with dementia can navigate around their community knowing there are people who understand the disease. It’s breaking down the barriers  to create supportive community inclusion; a place where you can find your way around and feel safe. Where local businesses, shops, banks, cafés, restaurants as well as social networks such as clubs and groups, are knowledgeable about dementia and can support those with a diagnosis of dementia and also their families. There’s planning momentum across the state as dementia rates  increase.  Dementia is the second leading cause of death  in Australia (after heart disease).

Gary Thomas continues, ‘Although Dementia is a terminal condition, people live a long time with dementia (5 – 20 years) and for a significant amount of that time people can live well with dementia. There are strategies people living with dementia can utilise to improve their cognitive skills and potentially slow the progression of dementia. People can use brain exercises, be physically and socially active and look after all other areas of their health.. The earlier you are able to get a diagnosis the better you’re able to plan what you want to do with your life and how to manage the disease and to live the life you want to live.

‘Memory loss is generally a first clue. Not just forgetting a friend’s phone number or forgetting a name and remembering later. People with dementia forget things more often and don’t remember them at all. They have difficulty performing familiar tasks. Someone who is stressed may make mistakes while cooking a meal, people with dementia may forget everything about how to cook a meal. Some of us might forget what day it is or the date, but a person living with dementia might have trouble finding their way to a familiar place and be confused about where they are. Some people have trouble with language, even common words. Dementia is different for every individual, some people are aware what is happening to them and sometimes the disease itself prevents people from having the ability to be aware of the changes happening to them.  Family members generally notice these changes before the person does.’

The onset of dementia can be very gradual and insidious. People are living longer, and the greatest risk factor is growing older, 3 in 10 people over the age of 85 develop dementia. It is important to remember that dementia is not a normal part of ageing and 7 in 10 people over the age of 85 do not have dementia.  Dementia is not just a disease for older people in our community, people in their thirties, forties and fifties can develop dementia and may still have children living at home, mortgages and jobs.

Dementia is the umbrella term for over 100 types of dementia, the most common being Alzheimers which accounts for over 60 percent of all dementias. Once diagnosed it is important that the  person with a diagnosis and their carers access as much information and support as they can. , Gary Thomas recommends that people start thinking about future planning.

‘That means thinking about what you want for your future and includes things like enduring power of attorney, enduring guardianship,  advanced health care directives, ensuring your will is how you want it. The aim is to get things sorted and then plan and focus on how to live the life you want to live.

Talk to your doctor about available treatments as there are some medications that help with the management of dementia. Learn about a brain healthy lifestyle to give you and your loved ones every chance to slow the progression of dementia ’

If you would like to learn more or seek assistance with dementia coming into your family there are services available like the Dementia Advisory Service in Forster (6554 5097) which covers Forster/Tuncurry, Taree/Wingham and Gloucester. When the time comes there are home care packages available to help families and the person living with dementia to stay at home as long as possible.