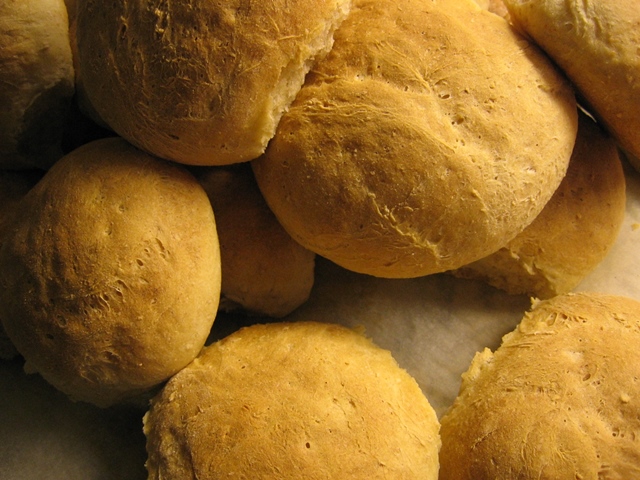 What happens to food that isn’t sold and doesn’t meet supermarkets perfect presentation standards yet is perfectly nutritious and edible?

One couple, Ian and Simone Carson, also wondered this and came up with an idea to form SecondBite in 2005. This national charity now rescues surplus fresh food from farmers, markets and supermarkets and redistributes it to people in need and to date has distributed 20 million kilos of food around Australia.

In 2011 they partnered with Coles Supermarkets nationally to donate fruit, vegetables, meat and bakery items which do not meet their in-store quality standards, but which are still safe and nutritious to eat. This is a national program with a local focus, enabling communities around Australia access to fresh surplus food that would otherwise go to waste. So far Coles with the SecondBite program has provided over 10 million kilos of fresh food donations, which is over 20 million meals for people who are doing it tough in the communities all over Australia.

Italy, unlike France, who at present only impose a fine upon supermarkets seen to be wasting or dumping produce, Italy aims to combat the problem by providing incentives for supermarkets to donate their food, like –

“We are making it more convenient for companies to donate than to waste.  We currently recover 550 million tonnes of excess food each year but we want to arrive at one billion in 2016,” said Italy’s Agricultural Minister, Maurizio Martina.

Locally, every Monday, Tuesday and Wednesday morning the Manning Valley Neighbourhood Centre (based in the old Court House in Wingham) collects bakery goods, bread, and fruit and vegetables from Coles through the SecondBite project to distribute to people who need food assistance.

Says Manager Caron Watkins, ‘It’s becoming increasingly difficult to meet the needs of people as government funding was restructured a year ago even though we joined with Forster and Bucketts Way Neighbourhood Centres to reapply for our funding as we were the main providers of food relief. However we were cut back from 40 thousand dollars a year to five. Some of the funding went to the local Samaritans and the Salvation Army. Though the Salvation Army is based in Sydney and you have to access it through a 1300 phone number to be assessed. We don’t place any conditions on people coming into us in Wingham. But it’s a struggle now to meet the needs of the community. We have three paid staff trained in case work and referrals to help those who are struggling in our society. Plus a lot of wonderful volunteers.  Like us, St Vincent de Paul was also defunded in this area but they still can offer assistance using their own resources.’

‘We can still offer a free lunch each Monday. We used to package up food parcels and have food, fuel, and electricity vouchers available. Affordable housing is impossible in our area, so if a struggling family is paying close to $300 a week rent, and trying to pay a bond or for prescriptions it means there’s not much left for food.’

And with the reduced funding and government agencies handling services there seems little local funding has been earmarked for comparable community activity.