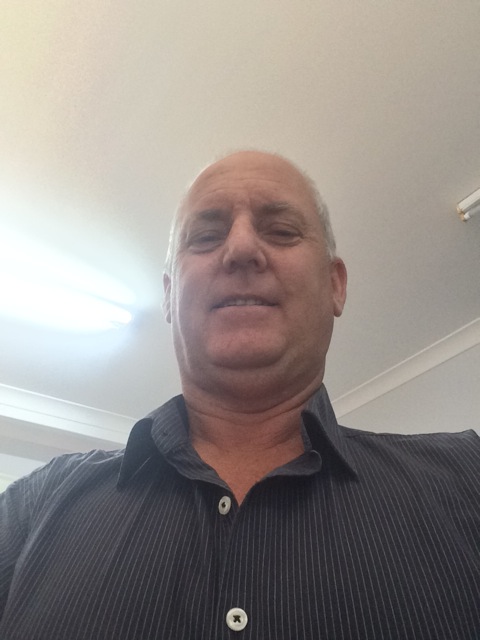 The Mayor of the small NSW seat of Liverpool Plains, Andrew Hope, has fought off amalgamation and won.  And it’s a win-win for everyone.

With a population of eight and a half thousand, and big brother neighbours  Tamworth and Gunnedah, it was deemed not ‘Fit for the Future’, so was told by Ipart they’d have to merge with Gunnedah.

Like all small communities, people in Mayor Hope’s electorate wanted to feel they were in control of their own destiny. There are two major towns, Quirindi and Werris Creek with seven surrounding villages. Quirindi has some light industry though it’s primarily agriculture and rail with one mine, Whitehaven Coal at Werris Creek, and a major grain terminal. Their agricultural land on the Liverpool Plains turns over ‘a fair whack of money’ according to Mayor Hope.

When they got Ipart’s decision to merge with Gunnedah or be part of a Joint Organisation, the Mayor and council were all of one mind – absolutely no way, it would  have to be forced on them.

Said  Mayor Andrew Hope, ‘Our objections were that demographically it doesn’t work, the distance between the two towns is too far, the socio demographic is different, and to our mind, Gunnedah  has a different position on governance to us and there were quite a lot of other things  we would prefer to do differently.’

Their two state MPs (New England in the northern end and Upper Hunter in the southern end)  had divided opinions on the decision.

‘We were split down the middle one for, one, against, so a bit awkward at times,’ said the Mayor. ‘State Member for the Upper Hunter, Michael Johnsen, a new MP in his first term was 100 % behind us, whereas Kevin Anderson, MP for New England,  gave us the party line to do what Ipart said. We decided to try and stand alone.’

Doing things a bit differently has become the modus operandi of this energetic, freshly minted mayor.

Andrew Hope, 48, has lived in Quirindi for 17 years.  He has a signwriting business employing six people and never had any intention of going into local politics.

‘But once I was persuaded and got there, I wanted to do my best.’ He had a first term as a Councillor learning the ropes, a second term as Deputy Mayor and became Mayor 14 months ago, dislodging a Mayor who’d been soldered onto council for ten years. ‘I could see the government wanted us to become more business oriented, change was needed. The Mayor was comfortable in his job but no longer motivated for change.’

There were the inevitable ruffled feathers, but suddenly the General Manager and the Mayor were gone, and things began to look very different.

‘Fortunately we don’t have massive infrastructure problems, like roads and bridges, just a bit of a backlog. But according to the assessment we were going to fail in Scale and Capacity as well as finance.’

‘We restructured the finance position and replaced it with a CFO as Ipart recommends, and advertised for a private sector, highly qualified, CFO to tidy up our books. We hired a woman from Glenn Innes, a private accountant working for herself , very high-end technical. We had her go through the books like it was a business not a council. She was so good she is now our Director of Finance. We put her in a house in our shire she relocated here. She’s so worth it. In a 40 million dollar budget we picked up two million in our bottom line in six months.

‘So we got ourselves to the point where we were financially sustainable and we went from very little money invested to  now our investments are growing steadily with good governance and we have over 18 million in cold hard cash. So now we ticked the boxes financially. Scale and Capacity was still an issue, also we’d fail on population as we were 1500 under that magic number of ten thousand.

‘We had some major projects going on with upgrading our dam and water supply so we brought in an independent advisor to tidy that up and he got those projects over the line, on schedule and back up to date.

‘Now we could prove Scale and Capacity on large projects for a small council.  We did all this before lodging our submission so we had runs on the board, in short we restructured our council overnight.’

And how did the community feel about this?

‘Yeah, well  like most councils our community consultation was shocking. So again we researched and brought in a consultant, Cate McMahon, and we went on the road for six months.

‘We went around our shire and we visited every community group in every town and every hall, face to face. We interviewed people from different social demographic groups so we were interacting with different factions of the community. We got everybodys’ position and views on standing alone or merging. We asked them how the council did or didn’t perform, what we could do better. This was all written up and then we put that document in front of the council, warts and all. After that we started having meetings with all the staff asking what they thought we could do better from the ground up instead of from the top down.  We collated all that information and then we went back and redrew a new business plan for council. We basically turned the place on its head and started again.’

The result showed that 93% of the community opted to try and stand alone and gave documentation to support their view.

‘It was all pretty enormous,’ said Mayor Hope. ‘But during that whole process on the road we got a good profile on all the community leaders so when we went to the meetings we’d work out who was who in the group, who were ringleaders and we continued our negotiations with those people right up until the day it was announced that we were off the hook. And we’re still doing it today. We’ve revamped our committees and work with community leaders, everything is put in writing so everyone, community and council, knows what’s going on and what the community is asking us to do, rather than us sitting around making the decisions for them whether they like it or not.  So there’s trust between us all.’

Feeling prepared as best they could be, Mayor Hope and MP Michael Johnsen, went to Sydney for a one on one with Local Government Minister Paul O’Toole.

‘We presented our Scale and Capacity documentation, told him what we’d done with our council and asked him to reconsider our position.’

Mayor Hope’s tactics had not gone unnoticed by his neighbours in Gunnedah and Tamworth who wanted Liverpool Plains Council to merge to give them the numbers to reach the 50,000 population to qualify as a city.

There was some heated  remarks in the media from neighbouring councils but Mayor Hope chose not to buy into it.

‘We kept our head low, kept communicating with the Minister’s office and got on with it. When I met with the Minister he thanked us for staying out of the media scrum. It could have been a risk  as they could have thought, “Oh well they’ve not said anything so we’ll merge them.” But I watched his body language and thought I’m comfortable with him and if we do the right thing by this guy he’ll look after us.  And I guess that’s how we achieved it , we’ve been given a reprieve that we can stand alone.

‘I think the Minister looked at what we’d done in Council and he knew we were quite serious in making the organisation run like a business. Also a lot of the emotion and conflicts have gone out of it.  We’ve also stopped personal bandwagons and plan for the future. We’ve drawn a line in the sand and if it doesn’t stack up financially we don’t do it.’

The Mayor still calls on the services of consultant Cate on occasion.

’We had a case where we had 13 landholders all wanting different things and ended up with them all wanting the same thing within six weeks of Cate coming on board to deal with it.’

In appointing a new General Manager, the position was put out to national public tender, narrowing their choice between applicants from Victoria, Canberra and within a 100 km radius. ‘All had impressive credentials. It makes sense to cast the net wide and not be incestuous,’  says Mayor Hope.

Mayor Andrew Hope has made a big difference in a short time.  So he may lead a small council but his willingness to continuously consult with the community and not impose his views from the top down but to listen and  ultimately act on the wishes of  the community, is called democracy.

This should be a template for all councils.