Say NO to dodgy prawns! 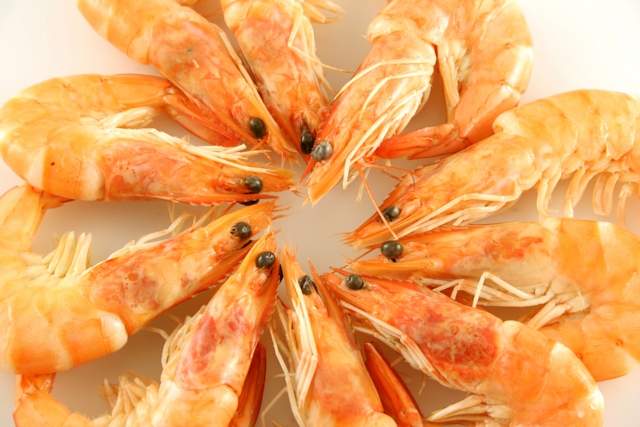 We are lucky to have access to good fresh local prawns. But some prawns we buy are good, and some prawns are dodgy. Some are pretty bad for the ocean. Some are pumped with antibiotics. Some are even connected to human slavery. It might shock you to hear that 70% of the seafood we eat in Australia is caught overseas, and often in ways that exploit workers and harm our oceans.

The good news is that prawns can be farmed and fished sustainably and ethically. We can make the choice.

When Paul Hogan famously threw ‘another shrimp on the barbie’ in 1984, he probably gave very little thought to where it came from.

Back then, it was almost certainly an Australian prawn, probably caught by a local trawler. The proportion of seafood we imported was much lower then, than now and prawn farming was almost non-existent.

Prawns are now one of the world’s most widely traded and consumed seafood products, the majority grown in prawn farms that now cover millions of hectares of coastline across Asia. And if you’ve visited some of them you might think twice about that prawn laksa.

In three decades, global production of prawns has increased almost twenty-fold and demand shows no signs of abating. The market price of imported prawns, once a luxury item, has plummeted and Australians now eat about 50,000 tons of prawns each year.

But our hunger for cheap imported prawns comes at a cost.

Many Australians tend to prefer to buy local even if it costs more than the imports, and almost a third of what we produce is exported to markets in China, Japan and the USA where consumers pay a much higher price for our highly regulated produce. Meanwhile we import almost 40,000 tonnes farmed in China and South East Asia.

Greenpeace have released a dodgy versus good prawn guide on the Greenpeace website. It makes interesting if depressing reading. Easier to say – “Make it Australian please.”