“Short Back and Science” by Dr Karl Kruszelnicki 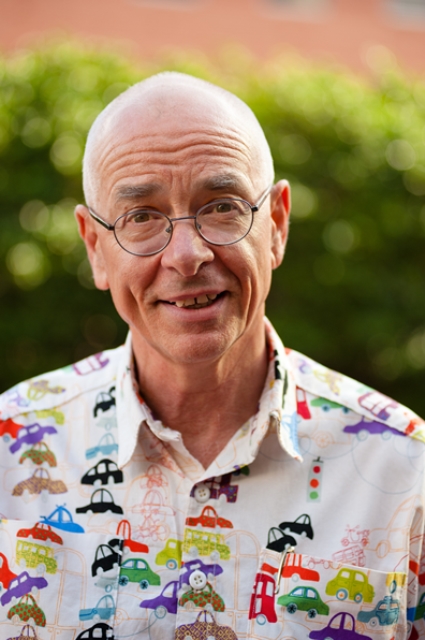 Lets be honest and admit we’ve always wanted to know the truth about banana peels, or why synthetic shirts stink.   It’s also good to find out why the shape of a glass affects the flavour of the wine.  And what about how much clouds weigh?   And you can astonish your friends by facts about the oldest known letter of complaint:  It was written 3750 years ago.

If all that’s got you a bit intrigued there’s lots more in “Short Back and Science”, the latest book from Dr Karl Kruszelnicki.  I’ve met him, and he’s a great bloke, always in a lairy shirt, (made by his wife) and quite normal for a science geek.  He’s just an amazing science communicator and loves his work and is himself fascinated by how things really work, whether its banana peels or physics.

The book is easy to read and filled with conversation starters and amazing facts.   It’s also written with the Flynn effect in mind, which says that the next generation will be nine IQ points smarter than their parents.  Dr Karl’s book is dedicated to The Next Generation, so it will make a good Christmas present for young people and for families trying to keep up.

There are 37  actual topics, but within those a great array of information. Anaesthetics, for example.  There’s lots we still don’t know:  such as exactly how they work!  Kids need proportionality more than adults though one would think they needed less, but they’re different physiologically from adults in many ways, as you can find out if you read chapter 33.   The bit I found fascinating is the mystery of how the brain transitions between Consciousness and Unconsciousness.  It uses different pathways getting in and out of those two states.  Ummm.

What about the worlds most expensive tea cup?  Apparently it’s 500 years old known as the chicken cup, which is a tiny porcelain cup decorated with hens, chicks and roosters .  It’s called a tea cup because the Chinese man who bought it at Sothebys for $40 million used it for a quick cuppa, not caring it was really made for wine.  You need to know that.  There’re more extraordinary facts about this man and his squillions, on pages 242 and 243.

There’s a whole chapter on fat.   We all want to understand that better, except Kate Moss who apparently said “Nothing tastes as good as skinny feels.”  I wouldn’t know.    And, where the fat goes when we lose it, an interesting answer, among much more about the properties and importance of fat.

There’s stuff about being naked in Antarctica,  and on how cows give flavoured milk, and a chapter on the Blue Dress Illusion which an extraordinary magical illusion. We could go on and on: suffice to say here that it is all written with Dr Karl’s customary simplicity and a kind of loving care for the reader.

And there’s lots more than hinted at here. For now, we can finish on Schrodingers Cat and a sealed metal box.  This little story has the amazing finding, very important in science and many other situations, that the act of making an observation changes the situation. Go figure.   Buy the book, its Dr Karl at his best.

“Short Back and Science” is published by Pan Macmillan