Schooling the future . . . is it happening here? 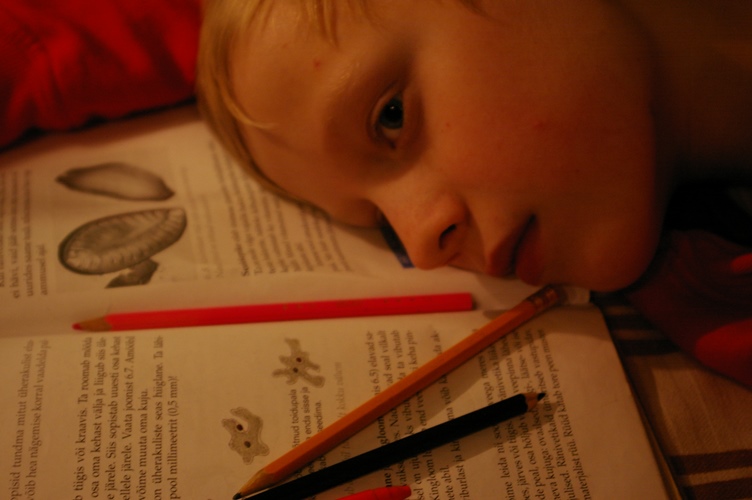 Belgian psychoanalyst Paul Verhaeghe has written a book which looks at social change in his own country and sees it reflected around the world. According to current thinking, anyone who fails to succeed must have something wrong with them. Todays pay-for-performance mentality is turning institutions such as schools, universities and hospitals into businesses, while individuals are being made to think of themselves as one-person enterprises.

Here is an extract that looks at the pressure on young children in primary school.

“…In an attempt to make education value-free and to liberate it from moral dictatorship, the competency-based approach has saturated our children’s schooling with the ideology of neo-liberalism. So we shouldn’t be surprised if the first thing this group asks is ‘What’s in it for me?’ They have fully understood the message.

If youngsters develop into competitive individualists with little regard for solidarity, it is because their upbringing and education encourages  competition and individualism. Instead of moaning about how egotistical and materialistic the younger generation are, we should be seriously questioning current educational theory. Despite its admirable starting point – that indoctrination is bad – it is fundamentally flawed in three respects. The idea that a child will spontaneously acquire the ‘right’  norms and values is mistaken; children adopt the ethics of their surroundings. The idea that a school can be value-free is equally wrong; every form of education conveys values, and we need to be more aware of the fact. Finally, the idea that authority is superfluous could only have been dreamed up by someone who’s never had a classroom of children to deal with.

None of this must come as a revelation; yet, for 20 years now, neo-liberal ideology has been drummed into schoolchildren in the name of a value-free, competency-based education system. The jargon used is a good indicator. Policy documents are larded with terms such as ‘educational consumers’, ‘output-based financing’, ‘performance funding’, ‘accreditation,’ ‘accountability’, ‘benchmarks’, ‘stakeholders’, ‘human capital’, and ‘ knowledge workers.’

The annual Dutch budget memorandum is a case in point. In the section devoted to education, the emphasis is on issues such as ‘excelling’, uncovering talent, and performance bonuses(!) for outstanding teachers. Teachers’ organisations have responded angrily, attacking the lack of a central vision of education and the narrow economic focus, and expressing fears that weak pupils will fall by the wayside. But it’s debatable whether anyone will listen to them.

In Flanders the situation is even more extreme. Teachers of infant classes (that is, from the age of two-and-a-half) work with development targets linked to various basic competencies that infants are expected to possess. Recently, friends of ours were told by their child’s teacher that her ‘cutting-out skills’ were below par. Judgements such as this can cause young parents to panic, so that the next step will be extra coaching for infants. These days, all children must be highly skilled, otherwise they won’t ‘make it.’ And whether you’re an individual or an organisation, you have to stand out. It’s all about ‘top schools’, ‘top teachers’, ‘top universities’, ‘top research institutes’, and ‘top sport.’

The other area of concern is a growing group of people who regard themselves as failures, often from as young as ten and whose identity is shaped accordingly. These are the third group of youngsters: whose who want to make it, but don’t. ‘Loser!’ has become a term of abuse in primary schools playgrounds. Some of those losers rebel, but the majority become insecure, socially awkward, depressive, and fixated on consuming. The teachers who are there to guide their early steps often feel failures themselves because they are only lowly primary-school teachers, right at the bottom of the Niagara Falls of education diplomas – unless, of course, they work at top schools with top pupils.

Many people will acknowledge that the system is flawed, yet at the same time see no alternative. Surely competency-based education is crucial to the success of a knowledge economy? The simple answer is: no, it isn’t. As anyone with long-term teaching experience knows, the last few decades have seen a serious and universal decline in the standard of education. Despite the stress on competencies, this doesn’t just mean that pupils are less well-equipped in terms of cultural baggage. Basic skills such as reading, writing, and arithmetic have suffered equally. In today’s economy this constitutes a problem, because most professionals, from doctors to carpenters, need less knowledge than formerly. The process of de-skilling, to use an ugly word, is happening everywhere. Human skills have been replaced by technology and computers, and even medical specialists must toe the line and follow treatment protocols.

At present, there is a growing demand for moderately educated but not overly critical individuals as to select youngsters and mold them to fit a certain profile that will guarantee the highest productivity. What they actually do in the workplace will largely be learned there, rather than at school.”

(Extracted from ‘What About Me? The struggle For Identity in a Market-Based Society.” By Paul Verhaeghe. Published in Australia by Scribe.)

Is this happening in Australia, will we follow Europe and America? See the sad and depressing resignation letter from a dedicated teacher in the USA.

A LETTER TO MAKE YOU WEEP

An American public school teacher’s letter of resignation has apparently hit a nerve with frustrated teachers and parents nationwide.

Special education teacher Wendy Bradshaw submitted her letter to her Lakeland elementary school in Florida on Friday morning, then posted it to her Facebook page. It started to go viral within hours, and was picked up the Washington Post education blog and The Huffington Post.

“I had no idea that  this many people identified with the way I felt,” Bradshaw said, ” and that really disappoints me and makes me sad at the direction that our school system has gone.”

Bradshaw’s letter said schools put  too much pressure on children now, and teachers aren’t able to teach them in ways that are appropriate to their age and developmental stage.

Her full resignation is printed below:

“ To: The School Board of Polk County, Florida .

I love teaching. I love seeing my students’ eyes light up when they grasp a new concept and their bodies straighten with pride and satisfaction when they persevere and accomplish a personal goal. I love watching them practice being good citizens by working with their peers to puzzle out problems, negotiate roles, and share their experiences and understandings of the world. I wanted nothing more than to serve the students of this county, my home, by teaching students and preparing new teachers to teach students well. To this end, I obtained my undergraduate, masters, and doctoral degrees in the field of education. I spent countless hours after school and on weekends poring over research so that I would know and be able to implement the most appropriate and effective methods with my students and encourage their learning and positive attitudes towards learning. I spent countless hours in my classroom conferencing with families and other teachers, reviewing data I collected, and reflecting on my practice so that I could design and differentiate instruction that would best meet the needs of my students each year. I not only love teaching, I am excellent at it, even by the flawed metrics used up until this point. Every evaluation I received rated me as highly effective.

Like many other teachers across the nation, I have become more and more disturbed by the misguided reforms taking place which are robbing my students of a developmentally appropriate education. Developmentally appropriate practice is the bedrock upon which early childhood education best practices are based, and has decades of empirical support behind it. However, the new reforms not only disregard this research, they are actively forcing teachers to engage in practices which are not only ineffective but actively harmful to child development and the learning process. I am absolutely willing to back up these statements with literature from the research base, but I doubt it will be asked for. However, I must be honest. This letter is also deeply personal. I just cannot justify making students cry anymore. They cry with frustration as they are asked to attempt tasks well out of their zone of proximal development. They cry as their hands shake trying to use an antiquated computer mouse on a ten year old desktop computer which they have little experience with, as the computer lab is always closed for testing. Their shoulders slump with defeat as they are put in front of poorly written tests that they cannot read, but must attempt. Their eyes fill with tears as they hunt for letters they have only recently learned so that they can type in responses with little hands which are too small to span the keyboard.

On June 8, 2015 my life changed when I gave birth to my daughter. I remember cradling her in the hospital bed on our first night together and thinking, “In five years you will be in kindergarten and will go to school with me.” That thought should have brought me joy, but instead it brought dread. I will not subject my child to this disordered system, and I can no longer in good conscience be a part of it myself. Please accept my resignation from Polk County Public Schools.