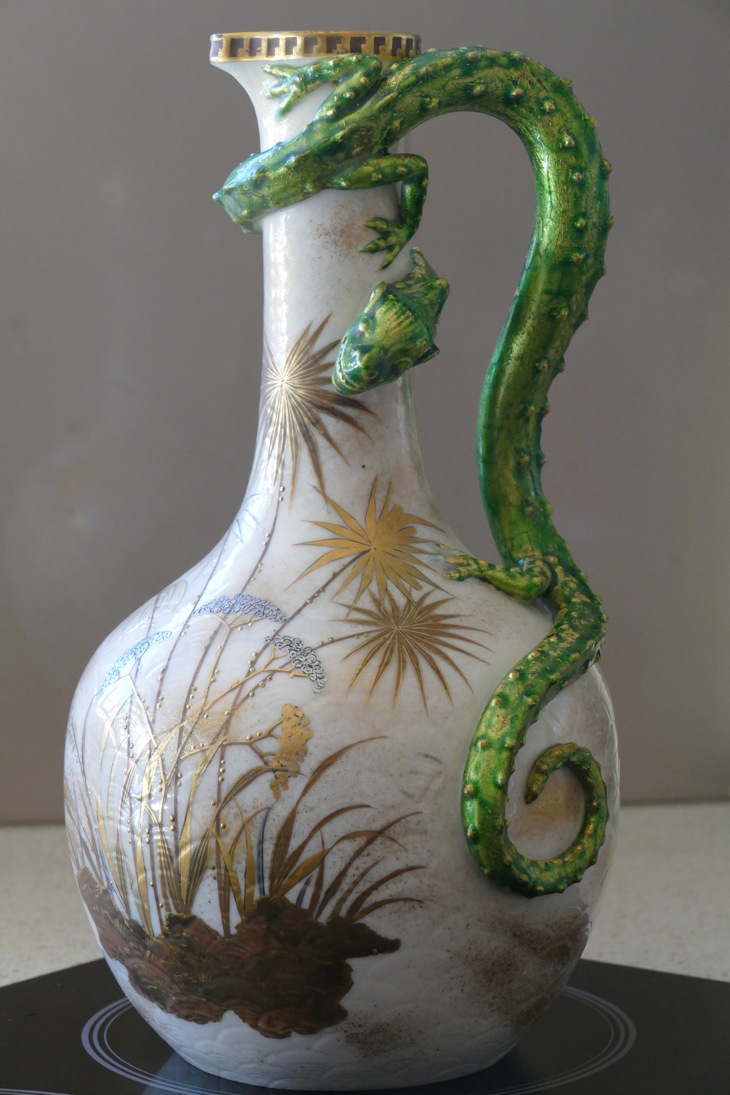 “Invest for the future by buying the past.”

Wow! You can be lucky when you go out hunting for interesting items from the past.

On a Sunday in September I had the pleasure of a 5am departure for Sydney. A friend, Frank, and I travelled down to attend Wentworth Park Antique and Collectable Fair. This fair is held on the first Sunday of each month.

At 7.45am we were on the doorstep chafing at the bit. They let early birds (super keen collectors) in an hour before the general public. Early birds 8am $10, General public 9am $4

Frank and I were off, looking for a bargain. We headed in different directions to cover more area as there are over 100 collector stalls.

But, but, but …. I bought a ceramic 14 inch jug with a dragon lizard forming a handle. I really liked the styling, the quality and the subject matter. I was showing Jenny, my wife, my treasures the next day and noticed a faint inscribed mark on the base.

After some research, I discovered it was Royal Worcester, 1860s, one of England’s finest porcelain makers.

Sometimes you have a win!

I am constantly doing appraisals for antiques. If you need help ring Rex on 0427 880546 or pop into Olympia Antiques opposite Taree train station. Wed-Sat 9am-4pm.