Child trafficking and Destiny Rescue – doing nothing is not an option 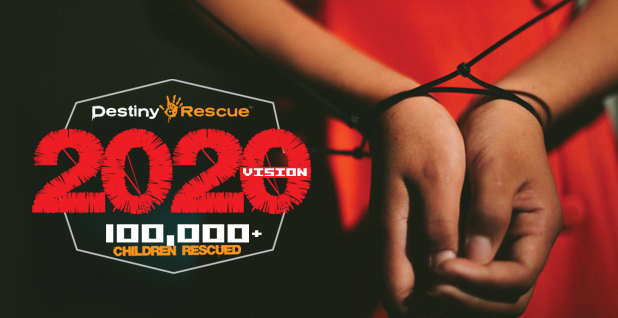 It sometimes only takes a moment to decide to change your life.

For Taree resident Helen Lyness it was while attending a womens’ conference in Sydney in 2008 and hearing the horror stories of human trafficking on our doorstep that convinced her that doing nothing about it was not an option.

Here she tells her story.

“Millions of children around the world today that are trafficked or trapped in sexual exploitation with little hope for freedom. Human trafficking, or to use another term, modern day slavery is a huge and growing problem said to be the holocaust of the 21st century. Trafficking in human beings is an internationally recognised human rights violation which can result in a chain of human rights abuses such as forced labour, sexual servitude, debt bondage, imprisonment, rape and torture. One aspect of human trafficking is child sex trafficking. It is a scourge on modern society. Over 1.2 million children are sold into slavery each year that is one child every 26 seconds. Reportedly sex trafficking generates over $99 billion in illegal profits each year.

I began to investigate how my husband and I could do something to help. Each person has within them the capacity to make change, it’s finding the way and opportunity to make the world a better place. This social justice issue is where I found the way o help by joining forces with Australian aid and development organisation, Destiny Rescue.

This is now a worldwide non-profit organisation dedicated to rescuing and restoring children enslaved in the sex-trade working on virtually every continent with hundreds of employees and volunteers dedicated to their mission to rescue children enslaved in the sex-trade industry. The children are returned to their homes, where it is safe to do so, as many poverty stricken families in Asia sell off a child to provide for the rest of the family. And many compliant Asian children are raised to do the bidding of their parents and family elders. It is only after horrendous experiences that the children have the courage to run away. Where it is not safe to return to their homes, Destiny Rescue has established safe houses and education programs to support the rescued children.

Thousands of precious children have been helped through Destiny Rescue’s prevention, rescue and rehabilitation programs since it commenced in 2001. As an organisation Destiny Rescue are one of the few, who through their operations, actually remove these children from the horrendous situations they have been sold into – brothels, red light districts and abusive situations and brought them to one of there many “Rescue Homes,” where they can be cared for and looked after in a safe, loving environment, eventually to be reintegrated back into society.

In 2010 my husband Alan and I travelled to Thailand and Cambodia with Destiny Rescue and a team of 30 Australian volunteers. Having seen the wonderful work they are doing we have dedicated ourselves to helping Destiny Rescue ever since.

This now enormous organisation was started by one man, Tony Kirwan, an electrical contractor from Queensland,  who went on a holiday to Cambodia with his father thinking they might be able to do some good in that impoverished nation. Now one man’s dream for helping others has grown into an internationally recognised Christian non-profit organisation dedicated to rescuing children enslaved in the sex trafficking industry.

I feel very fortunate to see the results of the work of so many good people who volunteer or make donations. A hug from a young girl, now on the path to a secure and happy life, is  beyond price.”