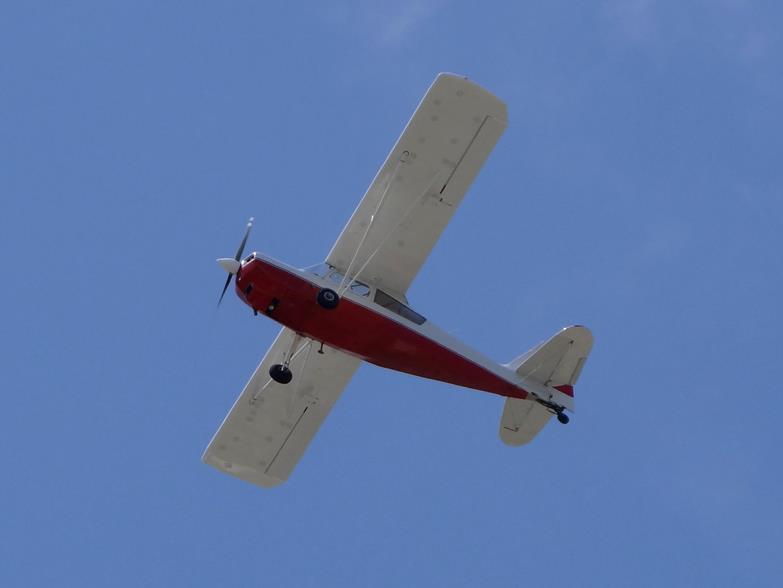 Not even aviation experts could persuade Greater Taree City Council to design a business park that was suitable for the general aviation industry. The council’s design plan meant that commercial hangar sites were too small, there was no provision for helicopters, inadequate facilities for flying training colleges and unusable routes to the main runway. These are just some of the 22 faults identified when the plans were released by council in March 2013.

We then financed an independent report by Keith Tonkin, the Managing Director of the airfield design firm Aviation Projects. It not only endorsed our findings but added some additional technical aspects which confirmed the design was unfit for purpose. We sent a copy to every Councillor. Council wrote to us justifying its own design on the basis that proper processes had been followed.

The letter stated that all the relevant government departments were consulted, a cost benefit analysis had been done and that the project had been outsourced. Council had also drawn information from expression of interest results associated with a design exercise that was conducted in 2009. We couldn’t see the relevance of these results because the 2009 study was for a different layout. Significantly the council reported that no submissions were received during the public exhibition period.

Brian Wood, Manager of Australian Aircraft Kits says that council’s claims are not correct. He recalls having face to face briefings with the council’s airport representative and adds that the report includes copies of email submissions from the same period. When asked what impact the Aviation Business Park plans by council had on Aircraft Kits, Brian Wood said: “We wrote to the council saying that if they persisted with their own design, we would not participate. However by coincidence there has since been a downturn so for the next couple of years at least, the expansion in capacity that we were seeking is not required”.

Recreational flyers, hobbyists and private aircraft owners will be appreciative of the expense Taree Council went to, to provide them with their own hangar sites according to our report. However it then goes on to say that by not constructing a facility suitable for commercial aviation the loss to the region was 18 new jobs and $1,087,000 per year.

Taree Council was given two million dollars out of a twenty million dollar grant by the federal government to be used for the development of aviation on the Mid North Coast. Last year Port Macquarie completed its upgrade and extension works and this resulted in jet transport capability and the doubling of passenger movements to 450,000 per year.

The report by the aviation industry of Taree is in the form of an official request for an investigation into the Greater Taree City Council under section 430 of the Local Government Act of 1993.

The main section of the report can be downloaded from www.aircraftkits.com.au.

Disclaimer:
Aerotisan is an aviation services provider based at Taree Airport. It has not expressed an interest in purchasing any of the Aviation Business Park sites.

A request was made by the Manning Community News for a comment from Mayor Paul Hogan. We received a response from Ms Lineve Dwyer, Executive Assistant.

“Council acknowledges Mr French’s enthusiasm for the local aviation industry and his views have been discussed in relation to this development on a number of occasions. Throughout the aviation business park project, council have engaged a number of aviation experts to assist in designing the outcome in place and this advice does not agree with Mr French’s.

As the major funding body for this project, the Federal government has also considered Mr French’s views, with Council’s plans retaining approval. The funding was a tri Council allocation to Greater Taree City Council, Port Macquarie Hastings Council and Kempsey Shire Councils, each for a different element of a combined regional aviation strategy. The focus for Kempsey and Greater Taree leaning toward general aviation and services that support general aviation, while development of passenger movement opportunities is the target of Port Macquarie Hastings Council.

The Aviation Business Park is now complete in line with approved designs and marketing has commenced.

We are pleased with the response we are getting from the general aviation industry broadly, with interest coming largely from metropolitan areas.”