What is the TPP and how it affects us 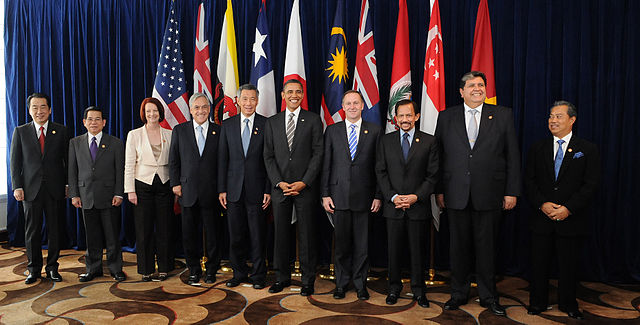 We hear a lot about the Trans Pacific Partnership (the TPP) but what is it? And why do we not know much about this “free trade agreement” when it’s going to have massive effects on Australia’s future.

The big question is – why the secrecy? When the government obfuscates, waffles and spins, we are right to smell a rat.

The TPP is a trade agreement being negotiated – in secrecy – between Australia, Brunei, Canada, Chile, Japan, Malaysia, Mexico, New Zealand, Peru, Singapore and the USA.

The ultimate goal seems to be to make life easier for corporate Big Business to act without input or interference from our states or anyone else. It covers matters as diverse as workers’ rights, food security, internet freedom, banking regulations, the cost of medicines and draconian attacks on copyright laws and intellectual property rights.

President Obama is all for it despite vociferous opposition from the likes of the impressive Elizabeth Warren, Senator from Massachusetts. Tony Abbott is all for it, but opposing voices here are more muted. Elizabeth Warren doesn’t know what’s in the TPP and is calling for the lifting of the secrecy provisions. As are many people and organisations here. The few clues we have about what’s in the TPP are alarming at best.

We do know that the most contentious inclusion is that of the ISDS clause “investor-state dispute settlement” where multi nationals can sue a government if they feel their business has been adversely affected, as in Philip Morris is suing the Australian Government because our plain packing on cigarette packs adversely affects their business.

A well heeled corporation can sue a government or company and if they object the multi national can skip the country’s courts and go before an international panel of arbitrators. If the company suing wins the case they can’t be challenged in that country’s courts which means taxpayers can be hit to pay billions of dollars in damages.

And in many cases the dispute arises in under developed countries with a weak justice system.

The bigger issue under ISDS is that these decisions are not made by independent judges, but by corporate lawyers shuttling between representing corporations one day and sitting in judgement the next, everyone influenced by “cleared advisors”. In other words, lobbyists.

The few with any knowledge of what’s in the TPP are not allowed to reveal what they know to Parliament or the Australian public.

Yet the TPP threatens so many aspects of our economy and national sovereignty. For example, food labelling will go backwards even further with reports that Malaysia is pushing for the elimination of trade barriers such as laws and regulations which they see as affecting their business, that is, removing the mention of palm oil on labels.

Pharmaceutical monopolies will have extended protection of patents and products so excluding cheaper generic versions being sold.

Australia has some of the toughest regulations in the world to maintain our standards of protection, safety and fairness, but that will go if what is suspected in the TPP comes to pass.

The Howard and Gillard governments refused to support ISDS clauses. Now we are told that it seems if there’s no ISDS clause included, then there’s no deal.

This TPP has been described as undermining democracy as a whole in favour of an agenda being set by international corporations to further their own interests.

The devil may be in the detail but how are we to know? Conspiracy theorists may be howling “I told you so”, but it seems likely our grandchildren and great grandchildren will say this generation has a lot to answer for.

The use of the ISDS clause has ballooned, there are hundreds of cases being enacted at present. And while we are told there are adequate precautions and safeguards included in the TPP, who has actually seen the full details and spotted the pitfalls and loopholes?