Just one day of the year 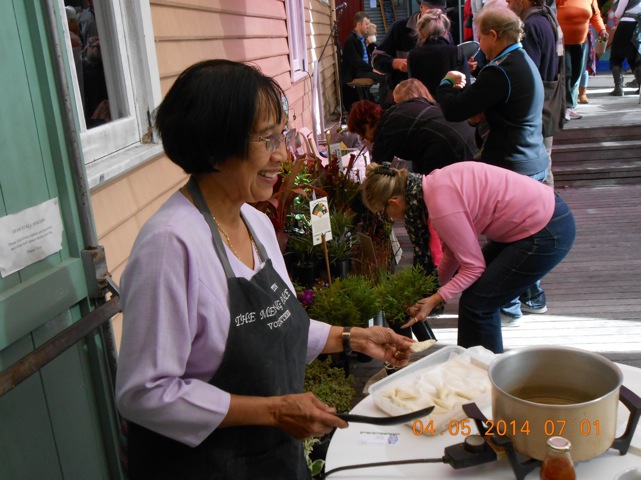 In June we recognise World Refugee Day. A day with little to celebrate for many.

However, quietly living among us are those who have left their homeland to make a better life in Australia. And as Tin HtaNu states, ‘I owe my life to Australia, so the work I have been doing is an appreciation of my adopted homeland.’

Tin and husband Ian Oxenford came to settle in Kendall in 2003, establishing a small scale organic farm. Tin is Burmese, and while she embraces her Buddhist beliefs she marries them with a healthy dose of Aussie pragmatism. She says she was fortunate to have parents who had foresight in investing in her education, giving her the chance to gain scholarship to Australia. She did her post graduate degrees at the University of New England in Armidale from 1982-84 and went back to Burma to apply what she had learned there.

There was a call for democratic change in Burma in 1988 against the military rule when Tin and many other academics and university students, together with monks and local people, came into the streets in peaceful demonstrations. The ruling junta cracked down on dissidents and as the political climate was not favorable Tin left Burma in 1990 and worked as a lecturer in Bangkok Assumption Business University.

In 1991 she applied for a job as a lecturer at the University of New England and migrated to Australia. She met her husband Ian Oxenford at UNE.

Tin is a warm and friendly presence at the Camden Haven markets. She and her husband open their farm and home to travellers, refugees getting settled, and those willing to work in exchange for hospitality. She and her husband raise funds any way they can from making jam and chutney from their fruit to running fundraisers, to send donations to the school they support in Burma.

They are also a support network to many refugees and new arrivals in Australia from all parts of the world. They are especially proud of the several Burmese families who have settled in the Manning Valley several years ago and who have made successful lives for themselves and their children.

Says Tin, ‘I think village or community life is more or less the same world wide. Whether we are in a small village in Burma (now Myanmar,) or in Kendall, we have the same values of wanting to live in quiet and peaceful surroundings, limited wants, cooperation, preserving the nature and village culture, less rushing around, cohesion and harmony among the neighbourhood. We define a good community as the group of people living in the same area and having the same goals and values and working together.’

Her wish is that she could subdivide her 12 acres and allow several refugee families to settle on the property and make a home for themselves.

‘Burmese people tend to be rural people who work hard on the land and like to contribute to their community,’ said Tin.