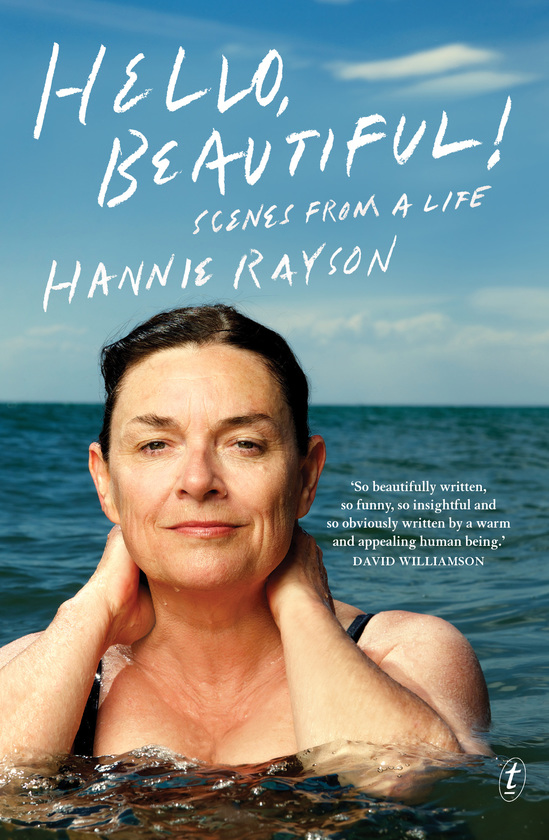 Australian playwright Hannie Rayson describes herself as a writer, mother, daughter, sister, wife, romantic, adventuress, parking-spot optimist, and a “good and dull girl from an ordinary family”. Rayson’s recently released memoir, “Hello Beautiful!: Scenes from a life”, reveals that while her family might indeed be ordinary, she is anything but dull.

The book is presented as a series of chapters which are more like vignettes than a chronological series of events in a traditional autobiography. With subjects ranging from graffiti to soup, leakage to blended families, a dead body under the house and urinary tract infections in Spain, Rayson delights the reader with dry wit and many laugh
out-loud moments. She also manages to break your heart at times, very gently and tenderly, and none more so than when she talks about miscarrying while interviewing Arthur Boyd in his studio, in a scene of sparkling clarity.

She is a deft painter with words, as befits her profession, and her scenes display vivid pictures and character sketches. Her family comes alive in their human ordinariness despite the sometimes frustrating foibles. It is the very ordinariness of her family and upbringing that make Rayson’s book relatable, even though she herself is anything but ordinary. Crumbed lamb cutlets for dinner, endlessly long days at public baths, hiking tunic uniforms up over belts to shorten the skirts, World Championship Wrestling with Killer Kowalski on the TV screen on Sunday afternoons … mentions of which all bought back memories to this reader.

This was a comfortable, warm and funny read, and leaves you thinking Hannie Rayson is the sort of person you really want as a friend, to chat, chortle and drink a glass of wine with. Highly recommended.