Switch your power and hit the energy giants in the pocket 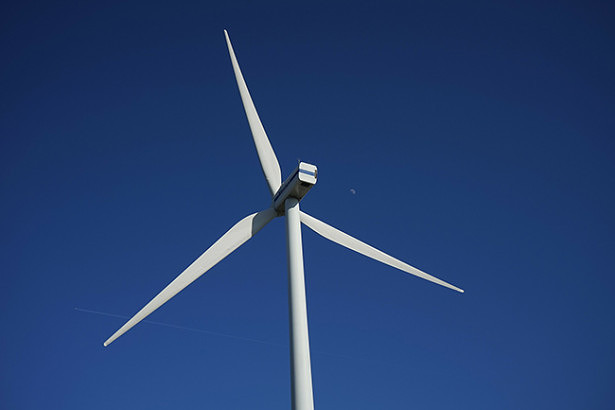 The Big Three power companies – Origin, AGL and Energy Australia – are using their might to set back the path of renewable energy, be it solar, wind, wave energy or others. Power prices will no doubt go up as a result. The reliance on fossil fuels with all its attendant environmental damage is being rejected by the rest of the world. Only a large public outcry, especially from their customers and shareholders, will stop them. The Energy Retailers Association of Australia has compiled a list of ‘green’ or alternate electricity and gas suppliers. If we all switch from the Big Three, they might re-think what they’re doing especially when their shareholders start screaming.

(The following is compiled by Energy Retailers of Australia and reproduced from their website http://reneweconomy.com.au/2014/who-is-the-greenest-energy-retailer-in-australia-90911)

In its submission to the RET Review panel, Alinta credits the scheme with expanding Australia’s renewable generation portfolio, but says this has come at “significant cost to consumers and presents a material risk to security of supply.” It also argues that the current costs of the RET go beyond its projected future benefits. Following this line of logic, it is Alinta’s belief that “no new renewable energy should be supported under the RET and all new renewable energy projects, whether small or large scale, should be required to complete in the market without subsidy.”

The company, which retails in South Australia and Victoria, calls for the RET to be capped at current capacity. Failing this outcome, it recommends the RET be closed and existing capacity eligible for subsidy be brought under an alternate mechanism for the purposes of run-off; or (worst case scenario) the baseline be a ‘real’ 20 percent target and include all renewable generation, with the end date of the scheme extended to 2030 and technology not requiring subsidy be removed from the RET.

Owned by the Snowy Hydro, the company has fallen in line with the position of its ultimate owners, the NSW state government. This essentially means changing the fixed 41,000GWh target to a ‘real’ 20 percent target, which is similar to Origin Energy’s position.

However, Red Energy suggests while the 2020 target could be ‘moderated’, the end date could be extended beyond 2030. It does not want the large scale and small scale targets to be combined because small scale solar, and commercial solar, could ‘crowd out’ large scale investments.

Red Energy also recommends increasing the ‘fixed cost’ component of electricity bills to offset what it sees as the impact of rooftop solar on reducing demand from the grid. Critics say this will reduce the incentive of energy efficiency and penalise lower income and lower volume users.

Red Energy also argues against ‘banding’ – a mechanism reserving capacity to certain technologies such as geothermal or wave which may be favoured by some Senate independents – and argues in favour of ‘exit payments’ to encourage coal generators to leave the market permanently, rather than just being mothballed.

Momentum is a subsidiary of Hydro Tasmania, the biggest renewable energy producer in the country. It says the RET is a key policy for the transitioning of the country’s energy sector and should be maintained, and expanded beyond 2020.

It says the current 41,000GWh target for large scale renewable is technically feasible, but concedes it could be argued to extend the target, but it also wants the end date pushed out beyond 2030, and future targets for 2030 and 2040 that could only consider increases in the target, rather than decreases.

“If the RET was repealed or effectively ended, it would almost certainly terminate any further investment in large-scale renewable energy assets,” it says. Hydro Tasmania strongly supports both the architecture and objects of the current RET, including the aim to achieve at least 20% renewable energy by 2020.

Momentum says the large and small scale targets should not be combined, it opposes banding, and suggests incentives for rooftop solar such as deeming measure (upfront payments) could be phased down more rapidly than currently legislated.

PowerShop, owned by New Zealand renewable energy giant Meridian Energy, says the RET has helped to reduce costs for consumers, and to hedge against rising gas prices and a potential future energy crisis. It is the only retailer to call unequivocally for the current target to be retained.

“The LRET should be retained in its current form, to deliver value for consumers and support regional development. Calls to dilute the policy are driven by powerful Big Three incumbents who seek to maximise revenues from coal and gas, conjuring up fears as to affordability and achievability of the policy.”

PowerShop says it is ‘simply untrue’ to suggest the 41,000GWh target cannot be met by 2020, but suggests that a self correcting market system that resets future year targets could be implemented if the build out fails to meet expectations, rather than allowing big retailers to pass on penalty prices to consumers.

It does not favour recombining large and small scale schemes, but says it does not have sufficient expertise to comment on level of rooftop solar incentives.