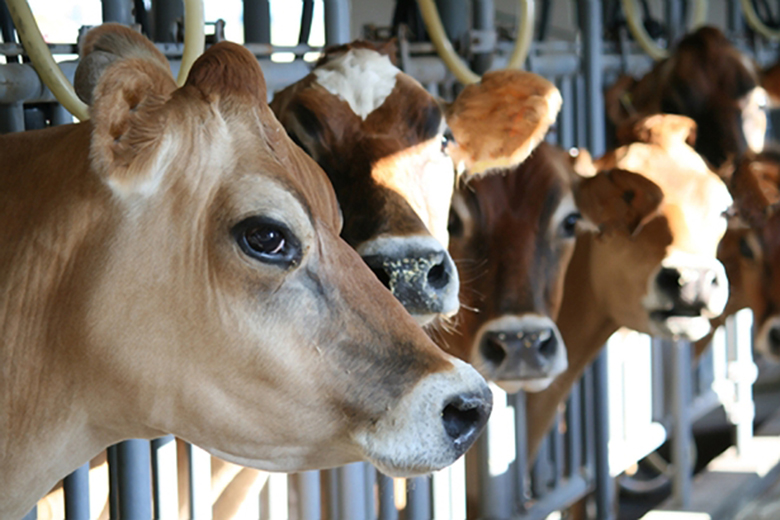 For some it’s a childhood memory of the milk being delivered around our district from the old Wingham butter factory by horse and cart in the wee hours. Freshly poured into a clean billycan or jug left on the front verandah, mailbox or front step, the obedient horse clopping and stopping undirected at each gate, while the overnight steam train sped it down to Sydney’s breakfast tables. Our milk and fresh baked and delivered bread was what country living was all about. And a few chooks of course. Times change. And not always for the better.

Wingham businessman and dairy farmer Tim Bale has shed some intriguing light onto the great dairy debate. He is quoted in the 100th edition of the excellent Outback Magazine in an article on Australia’s Dairy Farmer of the Year, Greg Dennis from near Beaudesert, Queensland.

Dennis is regarded as something of a risk-taking revolutionary who tore up a contract with his milk processor and borrowed a large sum and built his own dairy factory and bottled his own milk – in glass bottles. He now produces 30,000 litres of pasteurised milk to 200 independent outlets within two hours of his farm.

Tim Bale has a lot of time for Dennis and says, “I would have liked to do the same thing 15 years ago. It was never the same after our Wingham and Taree factories closed down and milk deregulation. We even bought land with a dream of starting our own factory. I have talked to all kinds of people including the Chinese, Indonesians and the Indians but they tend to talk and talk. More tyre kicking than decision making. But my door is still open.”

To his knowledge no Chinese company has yet bought a dairy in Australia.

Tim Bale took a different route to Dennis in attempting to get the best deal for local Manning Valley farmers dispirited by the low prices processors were offering. He established a small group of dairy farmers prepared to go the extra mile in standards and quality.

“I know how good Manning Valley milk is and so we established a collective bargaining group which I headed,” says Bale. “So after fighting them for years we decided to join them, as a means to give us some stability and security.”

He came up with a proposal he put to Woolworths extolling the virtues of the healthy, green Manning Valley, its rainfall, its dedicated family farmers. Woolworths’ General Manager was impressed and suggested Bale come down and talk to them.

Bale countered with, “Why don’t you come up here and see for yourself.”

“So four blokes from Woolworths came up and met the farmers and looked around and two years of meetings later we had a deal and ‘Farmer’s Own fresh from the Manning Valley’ was on the shelves of Woolworths.”

It was Bale’s idea to promote the farmers with their faces on their milk cartons as well as selling the Manning. (An idea now appearing on other products.)

The initial run was to sell Farmers Own milk from Forster to Port Macquarie. But sales swiftly went up to 33 percent.

“So Woolworths decided to sell our milk all over NSW. People came in to stores looking for it,” says Bale. “People really can taste the difference. In fact we recently won a gold medal for our milk. The concept is now spreading all over Australia using the same labelling – The Ottoways Victoria, Margaret River WA, Barossa Valley SA and Mary Valley Qld.”

Once sales are national they hope to add milk products to the range of pasteurised, unhomogenised (with the cream on the top) and light milk.

“The Manning has lost an opportunity to have a factory here,” says Bale. However he hopes to bring in more farmers prepared to meet a higher standard of production to add to their collective bargaining base.

While Bale is modest about his achievement in promoting the Manning Valley, he does feel that, “the area is not marketed enough and we lack tourism promotion.”

However Tim Bale hasn’t totally given up on his dream to do his own thing.

“We had some Indonesians looking to set up and increase production yet they wanted to drive the price down. Instead of 53 cents a litre they wanted to pay 40 cents where in reality they should pay 63 cents. As Greg Dennis says, ‘Farmers need to become price makers, not price takers.’”