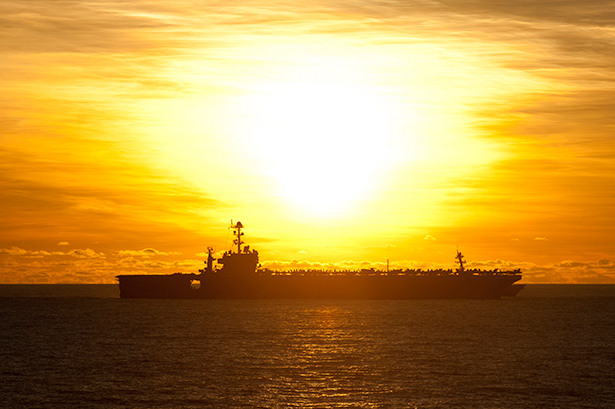 Are you aware of the US military incursion, or build up, that’s happening in Darwin?

Soon another 1150 marines will land bringing the permanent peacetime deployment of foreign troops on our soil to over 2000 before we know it and then what? And it’s not just boots on the ground it’s the full kitbag of weapons, ammunition, vehicles and support infrastructure.

It seems it’s all to do with the USA’s paranoia, no, we take that back, let’s say, the USA’s fear of ‘losing Asia’ and as always, Australia will welcome them with open arms.

According to Admiral Harry B. Harris, commander of the US Pacific Fleet, in a speech in Sydney last month, China is building a massive ‘wall of sand’ on submerged coral reefs in the South China Sea, an area they claim almost in total, never mind what the Philippines and others think. This sunken cement artificial land mass built on the sand base will be used to construct all manner of support infrastructure for military bases. The plan being, no doubt, to boost China’s territorial land expansion.

And can you imagine if a foreign company decides to make shipment of coal easier by building such a terminal over the Barrier Reef by dumping cement on top of the living breathing beautiful coral of our reef?

This commitment of foreign troops based in Australia will no doubt be hailed by the Defense Department as boosting the local economy, giving our troops the benefit of training with US troops, and keeping us in step with American military strategy.

(Perhaps some Aussie Vietnam vets might have a few thoughts on how the US military operates.) But the bigger issue is how is this happening without any discussion with the Australian public?

Surely there is a middle road we can take without adopting a sycophantic foreign policy of strategic dependence on the USA.

Why can’t Australia take a middle road on an independent foreign policy in dealing with China and the US?

The bigger concern is that our Government is not being transparent in explaining its plans to the Australian public.

And as to questions about the extension to, and role of, Pine Gap … well let’s not go there at this moment.